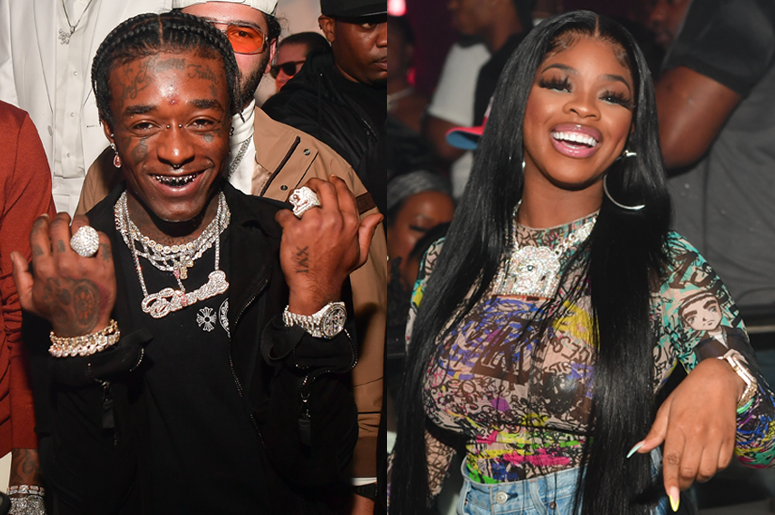 Thanks to his ex Brittany Byrd, who tried to “expose” him, Lil Uzi Vert is denying all claims that he still in contact with her, saying his new boo JT “is the one.” And clearly JT wasn’t sweatin the chatter, tweeting “Nah she left thinking he was gone chase her & he ran the other way if you so over it & free why you posting screenshots?”

So now that Uzi and JT are official and publicly out as couple, the next step is obviously outpours of SDA, social displays of affection, duh.

Some choose to post cringey dancing TikTok vids, others do the prank thing, and there’s always the trusty couples mirror selfie, which these two actually did do. But with a twist, Uzi and JT went much bigger. As it seems, they rented out an entire department store for a shopping spree, and thanks to a video and photo dump it’s like we were there.

A post shared by Marni Life( NO STYLIST)1600 (@liluzivert)

And that wasn’t all, the SDA continued with videos on their IG stories, including one where Uzi has a special request for his girlfriend. With the camera pointed on his lady friend, who was rocking a possible new outfit of oversized sunglasses, pink biking shorts, and a Helmut Lang sweatshirt. Uzi asked, "Make it clap for me,” to which JT obliged.

On her own page, JT shared a few of the same pics mixed in with some featuring her new mans, declaring herself “the chosen one” in her caption, possibly another jab a Byrd.

One way or another, everyone obviously has an opinion about their relationship, cause that's just how it be. Which, maybe thanks to his pink diamond third eye, Uzi is very much aware of. Regardless, he’s not playing around, she’s his “Darkqueen,” and feels confident everyone will see that soon as well. Even throwing around the L word, telling fans, “I had 2 be real with myself I love JT and y’all will 2.”