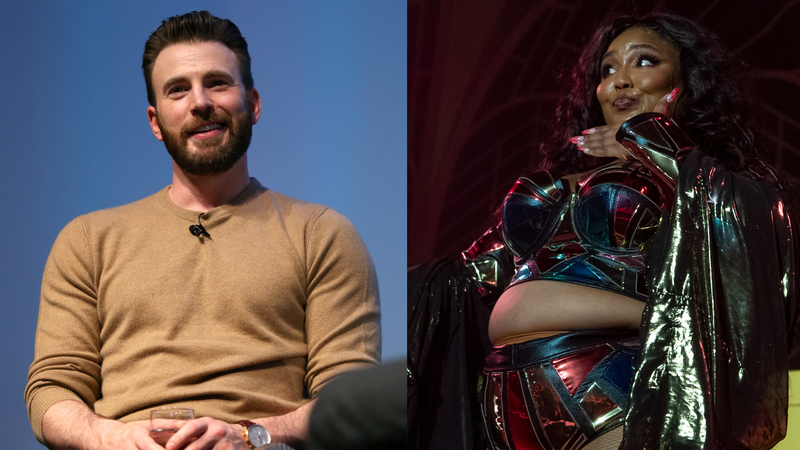 It is 'shoot your shot' season all year round, and Lizzo is leading the charge. Over the weekend, she slid into Chris Evans' DMs and here's how it went.

The "Good as Hell" singer took to TikTok with lip-synced audio saying, "the reason I’m upset about this one is because I know I’m not going to be able to marry him and honestly it hurts me to the core — because damn papa, he a rare breed, no comparing." Behind her was a screenshot of her sliding into Evans' DMs with a series of emojis. Though her expression may have seemed embarrassed, Lizzo's confidence levels surpasses most. At the time, the two didn't follow each other.

One day later, Evans followed the singer on Instagram and responded in the sweetest and most on brand way. The Marvel star replied, "no shame in a drunk DM *kissy face* god knows I've done worse on this app lol *face palm emoji*," referencing him accidentally posting a nude to his Instagram story.

Lizzo's excited AF reaction to the DM is truly all of us and these two definitely need to keep the momentum going. In 2019, the two shared their first exchange on Twitter when Lizzo posted a video of a child dancing to her song, "Juice" with the caption, "rare footage of me as a child." Evans responded, "this kid is cooler than I could ever hope to be." To which Lizzo followed up with the only right response saying, "wow marry me."

And yes, Lizzo definitely followed him back!