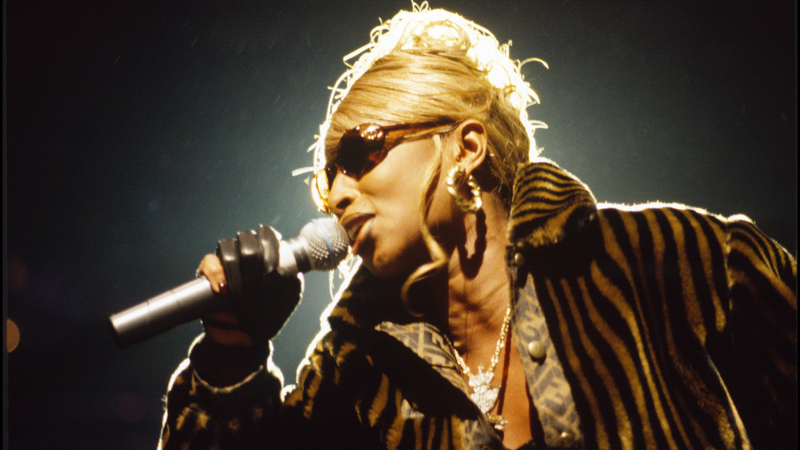 What's your favorite Mary J. Blige album and why is it My Life? This is the only question that matters. In a recent R&B bracket hosted on Clubhouse, My Life faced off against Anita Baker's Rapture in the final four. Funny enough, it was that album that Mary sang to wow the late Andre Harrell and snag her record deal at Uptown Records.

Listen to your favorite Classic Hits now on Audacy and shop the latest from Mary J. Blige

In her new documentary, Mary J. Blige's My Life, she gets brutally honest about her life, internal struggles, how she quantifies success, and all of the good/bad, which ultimately led to her gut-wrenching second album, My Life.

“I have 13 albums, but my second album My Life is the most important because there was a lot in me and there was a lot wrong and there was a lot I needed to get out,” she revealed. "The My Life album is probably my darkest albums; one of the darkest times in my life […] this was a turning point. This was a decision I had to make: either live or die. Most of the times, I was just depressed and didn’t want to live because I didn’t love myself," she continued.

Growing up in Yonkers, Mary felt she wasn’t provided the space to dream and hope— not even smile. It was viewed as a sign of weakness. “In that neighborhood, someone would get jealous of having something. For having a smile, for having a dream,” she mentioned. The 50-year-old described the projects as prison.

Mary found herself escaping through song, stating, “that’s what I had; that’s what I held onto.” A song that specifically played an important role in her life was Roy Ayers' "Everybody Loves The Sunshine." She explained, "Roy is where the journey began." She sang, "my life, my life in the sunshine..." That lyric awakened something in her. "That record made me feel like I could have something. But I couldn’t get my hands on it. My life in the sunshine was something I wanted,” she tearfully reflected.

As the film goes on, we learn in depth about her toxic relationship with fellow singer, K-Ci of Jodeci— where she admitted she had to "dumb herself down" to be with him. On that relationship, her mentor/father figure, Andre Harrell expressed, "what Puff gave her in enthusiasm, K-Ci gave her the self-confidence to know that I’m as good as this because these dudes [Jodeci] are amazing.” However, it also left her confused. Harrell also felt her relationship with K-Ci “as an artist was a challenge (artistically and vocally) that she needed.” My Life was considered her "cry for help." Mary J. Blige says her documentary shows where her pain came from and 'why it healed so many people'

“My life was not in the sunshine, but that’s why I had that pen… it was the only way to survive; the only way to get through what I was getting through […] I was writing for my life,” she expressed.

Her success catapulted quickly and Mary was afraid of her fast rise to fame. She did “whatever,” including drugs and alcohol to “be comfortable.” Yet, at one point, Mary stated, “success comes when you are successful inside. For a long time, I didn’t know I was successful outside because I was a wreck inside.”

Director Vanessa Roth revealed that she was surprised to find out that this was Mary's measure of success and opted to center the film around that idea. "It's about the album; it's about the making of the album, but really deep down it's about coming to this feeling of self-love and empowering yourself and believing other people when they say you're great. That's what got me excited to do the film because that's what she wanted to explore."

Roth wants the audience to take away that this film goes beyond My Life at face value. "At one point, she says 'you have to feel it to heal.' And that stuck with me [...] but on a deeper, personal level for anyone who watches it, it's these lessons or these reminders to destigmatize depression, destigmatize moments of pain and trauma and to express them and share them. And to her fans, she says 'if you think you're alone, you're not alone.' And I think it's what she learned when she wrote this album and I think it's what she wants to keep reminding herself and the rest of us." Roth did mention, though, that Mary would agree her life now is truly in the sunshine.

Mary J. Blige's My Life will be available to stream on June 25th, only on Amazon Prime. View the trailer above.