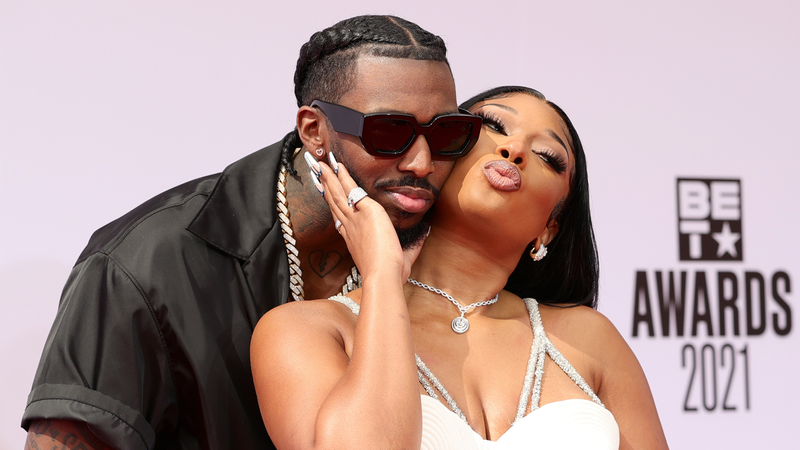 They do say, time flies when you’re having fun. But if you want to be sure, just ask Megan Thee Stallion, who just celebrated her one year anniversary with boyfriend Pardison "Pardi" Fontaine with a bootylicious but adorable photo dump on Instagram.

“1 year of fun with you,” she wrote in the caption, alongside a series of date night and cheeky bae-cation pics, as well as a few from behind-the-scenes at various 2021 award shows.

Meanwhile, Fontaine also marked the special day with a sweet montage video, mostly soundtracked to John Legend's "All of Me.” Giving us an additional behind-the-scenes look of their relationship. “Year 1, forever to go," he wrote at the end of the vid as well as the caption.

Megan confirmed her relationship with Pardi on Instagram Live back in in February. And more recently told actress Taraji P. Henson, while appearing on her Facebook Watch series Peace of Mind With Taraji that she and the "Backin' It Up" rapper are happy and “feel like a real team.”

“My boyfriend does make me very happy," she said with a chuckle. "He definitely takes care of me emotionally. He makes my brain feel good. He makes my heart feel good.”

Megan added that feeling emotionally connected to Fontaine is important, as it wasn't always something she prioritized.

"That's a big thing for me, because I used to be so into the physical, right, like… but he moves me, he inspires me, and we just feel like a real team," she said. "He feels like a partner.”