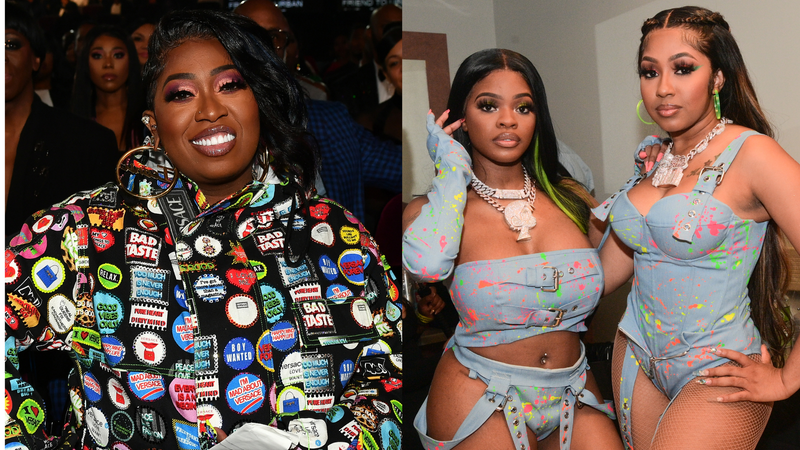 This is something we love to see! Renowned visual expert, Missy Elliott and choreographer, Sean Bankhead, teamed up with City Girls to direct the visual for their smash hit, "Twerkulator."

The vibrant cinematic visual began with a cautionary PSA from Elliott: "This is an emergency. This is not a test. Everyone, please take shelter immediately! The Twerkulators have already invaded Twerk City, and you don’t have much time. They’ve already landed, and they’re taking over. Run for cover, motherf***ers!”

The ladies— JT and Yung Miami— were dressed in neon pink MCM from head-to-toe. Also, their collab with Icon Swim made a guest appearance; light flex. Styling aside, the video also featured product placement from Ciroc and Kaleidoscope Miracle Drops Hair Oil.

Fans fell in love with "Twerkulator" when it leaked on TikTok earlier this year. Yet, due to clearance issues, it didn't make the final cut for their album. Finally, the Afrika Bambaataa and Soulsonic Force sample ("Planet Rock") was cleared and the single made its official debut in May. "Twerkulator" also interpolates Luke’s “I Wanna Rock” and Cajmere’s “Percolator (Coffee Pot Mix).”