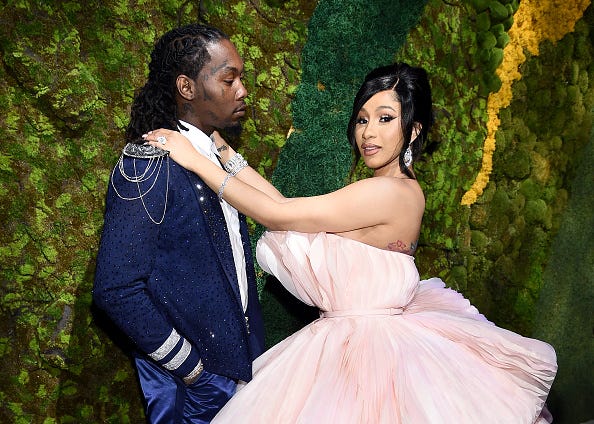 Offset took to Instagram Live over the weekend while he was being stopped by police in Beverly Hills. The video showed a heated discussion between Offset and the officers as he was driving through a crowd of supporters of President Trump.

The Migos rapper was sitting in the front seat of the vehicle, letting police know that he wouldn't move his hands from the steering wheel until the officers put their guns away.

"We were told that you guys were waving guns at people," the officer can be heard saying. "You just watched somebody beat my car up with a flag," Offset responds.

As the officers instruct Offset to turn off his car and unlock the doors, Offset reminds police officers, "You can't just open my door, it's illegal."

The officers begin to reach into the car and open the doors, grabbing Offset in an attempt to pull him out of the car. Social media users were outraged, assuming Offset had been arrested.

In a statement from the Beverly Hills Police Department circulating on Twitter, Lt. Max Subin writes, "There have been media reports that entertainer Offset was arrested. These reports are inaccurate."

As it turns out, the police had received reports that someone inside the vehicle had pointed a weapon. Offset was detained and released while a person he was with was arrested for carrying a concealed weapon and a loaded firearm.

According to tweets by Philip Lewis of the Huffington Post, this person was Marcelo Almanzar, Cardi B's cousin.

Cardi B reportedly arrived at the scene when the livestream had ended.