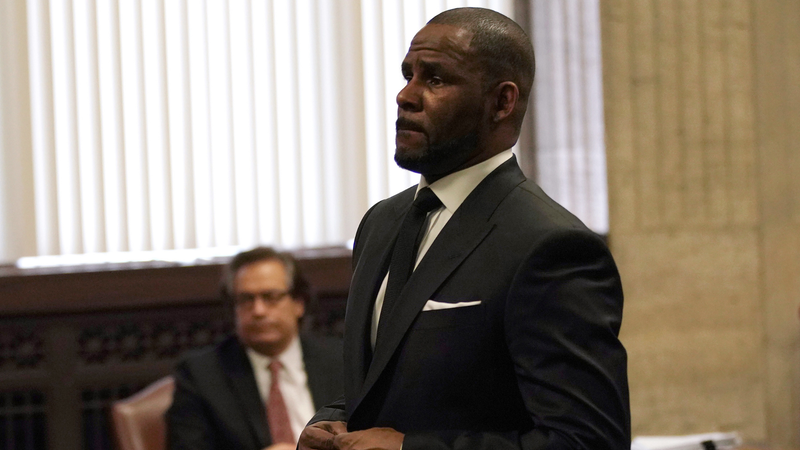 The New York trial for R. Kelly is fully underway and the recount from one of his accusers is utterly gruesome and disturbing.

Jeronda Pace last saw Kelly on January 23, 2010 after they got into an argument over who she was texting. In a journal entry, Pace emotionally read, "I went to Rob’s house and Rob called me a silly b****." That same night, she told jurors, ended with Kelly assaulting her. "Rob slapped me three times. He said if I lied to him again, it’s not going to be an open hand next time. He spit in my face and in my mouth and choked me," Pace wrote in the 2010 journal entry. She later passed out.

Prior to the attack, she had oral sex with Kelly before leaving him for good. She told the court, "I became fed up, and I went home and confessed." Pace also detailed the times when Kelly recorded them having sex at a home studio he called "The Cabin." She stated, "He wanted me to put my hair up in pigtails and dress like a girl scout. He recorded us having sexual intercourse."

Pace had a six-month relationship with Kelly when she was 16 years old. Not only did she mention their relationship was mostly sexual, it also came with a slew of rules. "I wasn’t supposed to tell anyone I was spending time with him," Pace explained. “I had to call him daddy. I had to wear baggy clothes. I couldn’t leave where I was without permission. I wouldn’t eat without his permission. I wouldn’t even go to the bathroom without his permission.” Pace explained that permission was granted based on his mood. "The longest time [to get permission to use the bathroom] was three days," she explained.

Kelly, now 54, is being charged with a nine-count indictment, in New York, including racketeering based on sexual exploitation of children, kidnapping, and forced labor. He is also charged with violations of the Mann Act, which bars the transport of people across state lines for sex.

Reports state the charges stem from alleged abuse against at least six women and girls, four of whom were allegedly minors when Kelly first slept with them. At least two also contracted herpes from the singer—including Pace—after he knowingly exposed them to the disease, according to prosecutors. Pace is one of at least five women expected to testify during the proceedings.