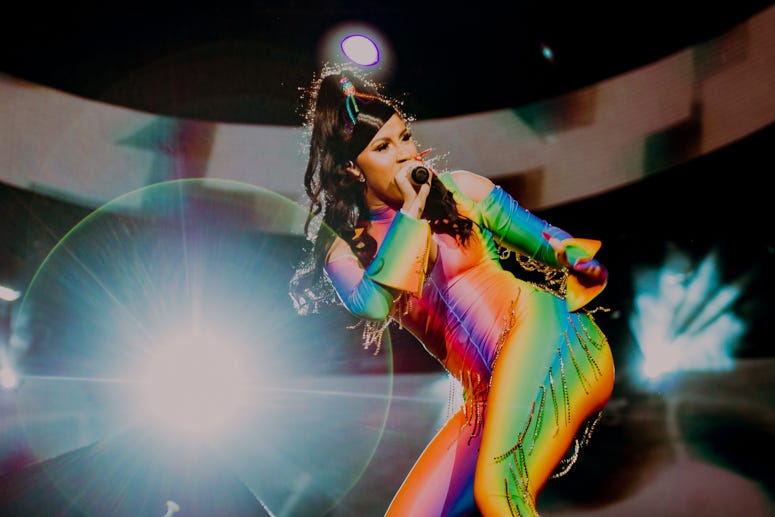 This weekend, many of us built a playlist for our backyard party, celebrating the long Labor Day Weekend with songs from our favorite artists. The same was true for Jay-Z and Beyoncé, although they turned their curated collection of tunes into a two day festival, unfolding across 4 stages in Philadelphia.

For the 8th year, Made In America shut down the Ben Franklin Parkway in The City of Brotherly Love for a two day set featuring Hip Hop’s elite and a snapshot of the next wave. Once again, the Carters helped select the lineup along with Live Nation, and made their way from stage to stage to see what they had built. As Lizzo continued her reign as the chosen one, preaching the gospel of self-love beside some of the year’s biggest bangers, they were there. As Travis Scott exploded onto the stage, weaving between towers of flames to welcome everyone to ASTROWORLD, they were there. Even as the crowd slowly gathered around the stage as James Blake began his atmospheric set, Jay-Z was the first to pop up in the VIP riser, catching the vibe before most of the crowd.

Frequently headlined by Jay or Bey, both watched Made In America purely as proud parents of the ever-evolving festival this year, with Travis Scott and Cardi B taking the top-line.  Arguably the two biggest names in the game at this moment, they led a lineup that included Lil Uzi Vert, Gucci Mane, Anderson .Paak, Megan Thee Stallion and more, painting a diverse and strong picture of Hip Hop and R&B in 2019.

The early years of Pearl Jam and Death Cab For Cutie have faded out of the Made In America mindset, no longer contorting to be everything to everyone. This is a festival that’s young, vibrant, and completely aware of where the center of today’s musical world is.

Check out some our favorite moments and pictures from the 2019 edition of Made In America. 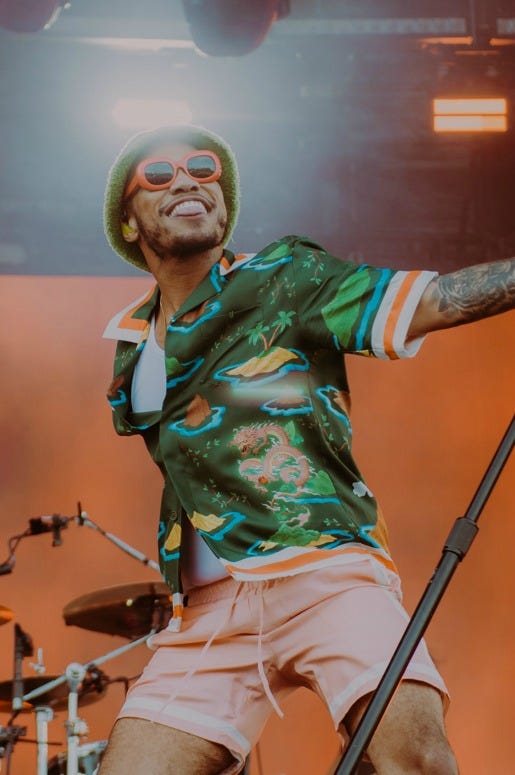 “Sexy people make some noise,” Anderson .Paak screamed, flashing that constant smile. We mean constant, as this commanding whirlwind of positivity managed to light the stage nearly single-handedly during his late afternoon set. In 1950’s cruise wear, .Paak pulled off a timeless set, bouncing from behind the drumkit to the front of stage – equally at ease crooning smooth R&B or demanding the crowd “open that s*** up,” for a mosh pit. There’s nothing .Paak doesn’t do exceedingly and seamlessly well. As an added bonus, YBN Cordae dropped in for a last minute rip through their collaboration, “RNP.”

Juice WRLD brings a DIY punk energy to his Hip Hop flexing. The “Robbery” rapper was backed by rumbling urgent drums and crunchy guitars, letting loose all of his passion, and sometimes raw from shouting. His set also had a constant hype man, and Juice twice invited his girlfriend onto the stage for some live courting. It’s a fascinating cross-section of styles that plays out more extreme in real time. From any angle, Juice WRLD is still a rockstar. 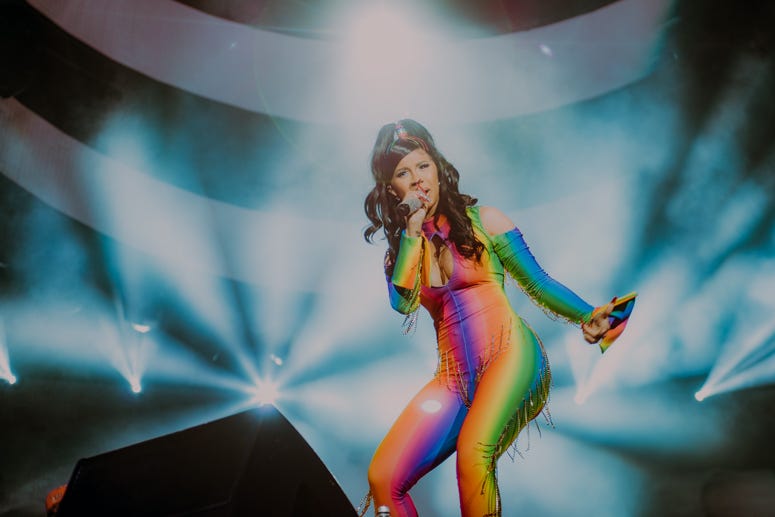 Cardi B came to conquer Made In America. She did it, providing the most dangerous show anyone has ever performed in a rainbow jumpsuit. The GRAMMY-winner gave the crowd everything you could want from a Cardi B show - equal parts sexy, hazardous, and hilarious. Crawling along the stage with her legs in the air, climbing the scaffolding to rap “Press” from new heights, Cardi is non-stop. “I’m bout to have an asthma attack. Somebody get my pump,” she gasped between songs as the crowd erupted in appreciation. “I love ya but I can’t die for y’all.”

On the festival’s smallest stage, Megan Thee Stallion drew the deepest crowd. How do you measure the heat of “Hot Girl Summer”? It is fans packed shoulder to shoulder, climbing trees and poles to get a look at the reason for the szn. Even after waiting a half hour past her scheduled set time, there was no moving this crowd. With a log jam in the lineup, it meant some quality time with DaBaby as two of 2019’s biggest breakouts set it off. 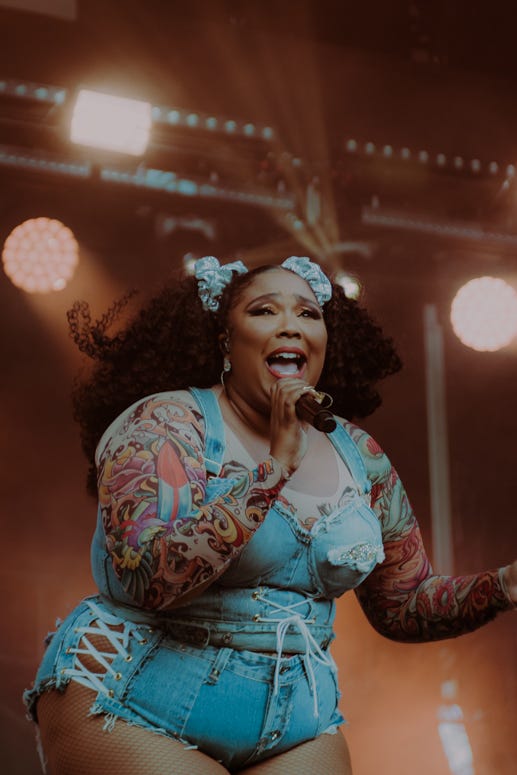 Empowered and sexy, the warm and loving center of Made In America was Lizzo. Packed deep across the Parkway, fans shouted every lyric back to the self-love Queen and got spiritual with her life lessons between each song. “For today and one day only, everybody a big bitch,” she proclaimed before leaving it all on the stage for “Tempo,” her Missy Elliott assisted anthem. 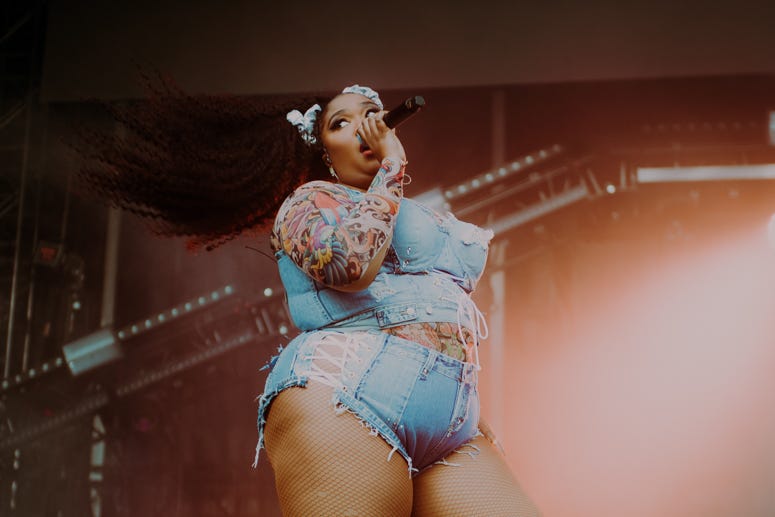 "I’m all about body-positivity and self-love,” she added as the electric crowd hung on each word. “F*** you to anyone that opposes your believe in yourself.” Lizzo advised on relationships, internally and externally, spreading the gospel that has made her the brightest light of the year. “As soon as they say you complete me, say no bitch you compliment me because I’m already complete.” What did we do to deserve Lizzo? 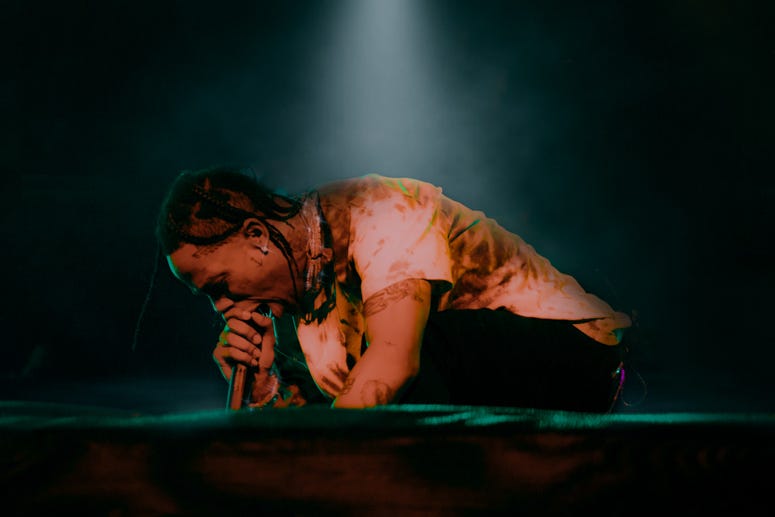 Pits and fire, glitchy video and pure energy – Travis Scott was a sensory assault that many who hung till the end of Made In America are still recovering from. The ASTROWORLD star was exercising some sort of spirit, maxing out levels and chaotically sprinting across every inch of the stage. In one of the few stops in the immersive set of color and sound, Scott demanded the high-priced seats get on everyone else’s level. “There’s no VIP at a motherf***ing Travis Scott show. Get down or lay down,” he commanded. A sea of people packed yards back chanted “f*** the club up,” as steam shot to the sky and lights flickered, offering the most menacing moment of the two day event. Scott asked to turn the power into peace. “Take this energy and we try to turn it into something positive,” he told the crowd. “Spread f***ing love every f***ing day.”