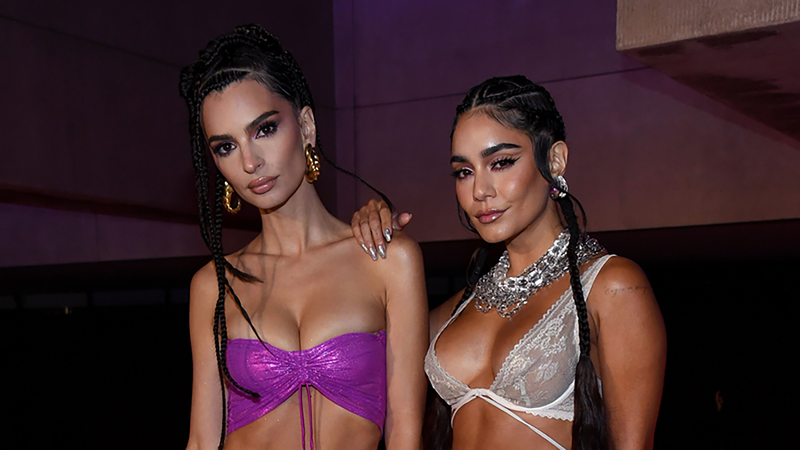 Despite there being lots of love for Rihanna and her Savage X Fenty Show Vol. 3. Since it’s September 24 release, some have taken to the internet to speak out with concerns about the show having moments of cultural appropriation.

Listen to your favorite music now on Audacy and check out Audacy’s exclusive Rihanna Radio station to listen to all your favorite RiRi hits and more.

While the immersive fashion experience was as always, praised for being incredibly diverse as well as a celebration of all body types. There was some pin-pointed concern directly at actress Vanessa Hudgens and model Emily Ratajkowski, who both wore their hair in braids, which is traditionally a hairstyle worn by Black women, which neither of which happen to be.

One user tweeted, “Loving everything about this show except why are white women in braids??? Rihanna?? What’s good!? I need answers.”

Loving everything about this show except why are white women in braids??? Rihanna?? What’s good!? I need answers. #SAVAGEXFENTYSHOW

Another added, “Rihanna really loves putting non black ppl in braids for her fenty whatever show and then call it ‘mad ethnic right now,’” referencing one of the RiRi’s lines of the N.E.R.D “Lemonade Remix” Ratajkowski was seen walking to.

And the concerns didn’t stop there, with another noting, “Not Rihanna letting nonblack ppl wear braids for her lil underwear line fashion show.”

Comedy writer Raina Morris, also joined in the commentary, tweeting “I wish I could write something as funny as Rihanna putting all these white girls in braids for the fenty show.”

While Emily and Vanessa are currently being called out in addition to Rihanna for “allowing it,” they’re hardly the first to be accused of appropriating Black culture with their hairstyles. From Shay Mitchell and pretty much every KarJenner, to Justin Bieber, who earlier this year was mocked and criticized for sporting dreadlocks.

As of now, neither Rihanna, Hudgens, nor Ratajkowski have responded to the controversy.