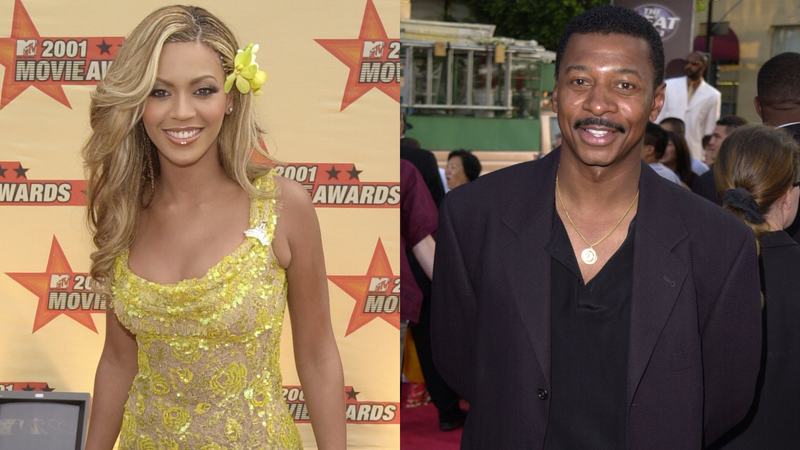 Beyoncé’s feature film debut, Carmen: A Hip Hopera premiered 20 years ago— back when MTV was creating original TV movies. The first hip-hopera in history was directed by the incomparable Robert Townsend (Hollywood Shuffle, The Five Heartbeats, Holiday Heart) and was the first feature written by Michael Elliott—the genius behind films like Brown Sugar, Like Mike, and Just Wright.

Carmen: A Hip Hopera is based on the 1875 opera, Carmen and comes after the original 1943 Broadway adaptation, Carmen Jones and the 1954 film adaptation of the same name, starring Dorothy Dandrige and Harry Belafonte. In lieu of traditional opera, “the rapping drives the story,” as stated by Townsend in the Making of Carmen: A Hip Hopera special. The film is full of some of the biggest names in music & entertainment: Beyoncé, Mekhi Phifer, Mos Def (now Yasiin Bey), Rah Digga, Joy Bryant, and even has cameos from Reagan Gomez-Preston, Jermaine Dupri, Bow Wow, Wyclef Jean and Da Brat.

Set between Philadelphia and Los Angeles, Carmen is an aspiring actress, willing to do whatever (and whoever) to get what she wants. She’s risqué, seductive, driven, loyal to her friends, and unintentionally selfish towards men. She’s a hopeless romantic to a fault and ultimately, it is the reason for her downfall.

The cast rehearsed for two weeks, prior to filming and recorded all the original songs in a studio. It was also the first glimpse into Bey’s rapping alter ego. She explains, “That was another thing I was nervous about, but instead of tryna be a rapper, I just talked how I normally talk— just to the beat.”

Lyricist ﻿Sekani Williams penned all of the songs for the hip-hopera and Elliott expressed, “it was important to find a lyricist that could make this all make sense, but at the same time still be dope and it’s a credit to Sekani. He did this thing.” Also, the artists used their studio experience to help out their castmates hitting the booth for the first time.

This professional chemistry seamlessly translated into personal chemistry, especially with Bey, Rah Digga and Joy portraying best friends. It all felt organic and the film, overall, seemed fun to make— as seen in one of the BTS scenes where the leading ladies rap the “Cali scene.”

Unlike other musicals at that time, the songs can be standalone tracks and are bops. Many fans love the story of "The Cards Never Lie," where Wyclef's character determines Carmen's fate in a haunting exchange, but the moments between Beyoncé and Mekhi could've been a short film in itself. However, the wit Mos Def added to his character and his rhymes were so comical. There were honestly too many good moments to choose from.

Before she threw down in 2002's Austin Powers in Goldmember and 2009’s Obsessed, Bey was throwing hands in Carmen and as confirmed by Townsend, she did all of her own stunts. The goal for the film was to create a dramatic film and music video in one and they did both without it being overwhelming.

Variety reviewed it mentioning, “Townsend very successfully keeps the flow of the narrative going even while the piece becomes an accumulation of music videos, linked with more traditional spoken scenes. (It was smart not to try to turn this into a piece that’s all sung, but it does keep it from being an opera in the most technical sense.)” Though the minor details changed from the original opera— Carmen being an aspiring actress, not a gyspy; the climax taking place at a rap concert, not a bullfight— the film still plays off traditional aspects while making the story modern and relevant.

Some years ago, Townsend reflected on Carmen, but it would truly be something for Bey to walk us through the days of her acting debut: a role that she considered the complete opposite of who she is. Many don't give Carmen the credit it deserves as a classic film and quite frankly, it could rival her portrayal as Deena Jones in Dreamgirls. Carmen walked, so Deena could soar, but y'all ain't ready to have that conversation. Shoutout to Netflix's Strong Black Lead, though, for honoring Carmen in 2019 during their series of running back staples in Black film.

Carmen: A Hip Hopera may not be currently available to stream for free, but it is always available to rent/purchase for true Hive members, like us.