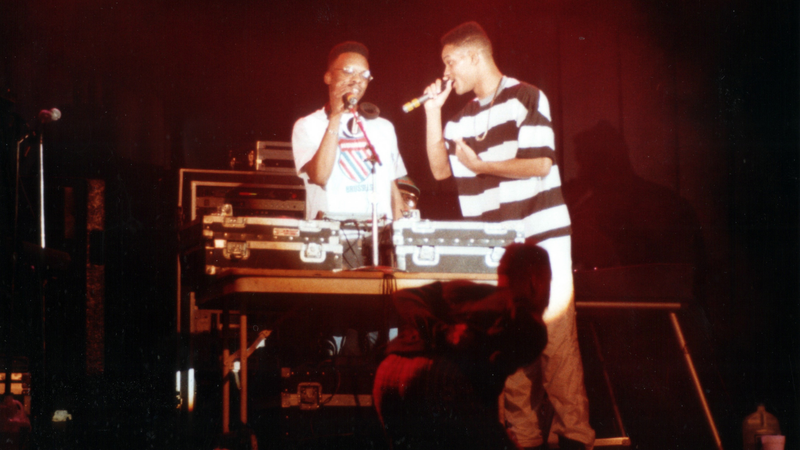 Happy first day of Summer! With outside being open, the streets are hot and people are ready to let loose. With that being said, we are shining the light on three classic summertime jams to kick off the season the right way. Let's get into Amerie's "Why Don't We Fall In Love?"

Unless you've been oblivious to life, this is the song for those obsessed with summer romance. Her debut single hit the scene in the summer of '02 and quickly rose through the Hip Hop and R&B charts. Both the song and the visual fully embody summer, in spite of Amerie saying the song "felt so dark" while recording. Summer love is all about not wasting time and living in the moment. Also, we'd like to quickly point out that the visual takes place in New York City and there's no summer like a NYC summer.

Speaking of summer romance singles, remember Beyoncé's standout track from The Fighting Temptations soundtrack, "Summertime." Due to her debut album getting pushed, she was leery about the timing of everything. However, it all worked out. The Mario Winans and Diddy production felt like a perfect sequel to Amerie's 2002 single. You asked the question, "why don't we fall in love?" and then, you did. Diddy began the track by saying, "there's three things I like about the summertime: drop tops, long hot nights and summer love." And it doesn't get much better than that.

However, the #1 summertime jam is none other than The Fresh Prince and DJ Jazzy Jeff's 1991 smash, "Summertime." It's been 30 years since the GRAMMY-winning single first hit airwaves and the Fresh Prince provided a "new definition of summer madness." The song tap into the general love of nostalgia with the Fresh Prince discussing his days in Philly and channels every single summertime must— hanging with your friends all over the city, grilling, little girl playing double dutch, everyone embracing "an air of love and of happiness," and cruising in your car to "the groove that soothes that moves romance."

Not to mention, it samples Kool & The Gang's classic track, "Summer Madness" and James Brown's "Funky President (People It's Bad)." Very few songs capture summer and all its feels perfectly. However, this trifecta can easily be placed in the Song of the Summer Hall of Fame. Drums, please!