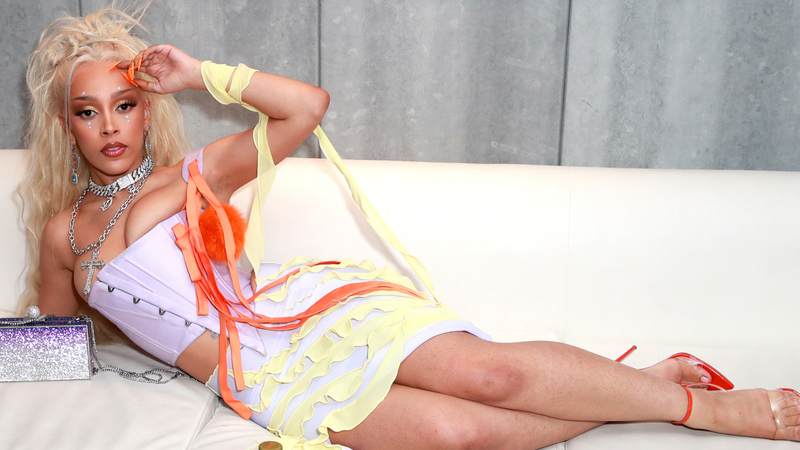 In honor of our final decent onto Planet Her, Doja Cat celebrated the release of her third album with the most epic of release parties. Her fit was fire, the guest list was sick, and just from the pics alone, we know it was lit.

The star-studded event’s invite list included some of the best looking baddies in the biz, including; Saweetie, Chloe Bailey, Normani and Ryan Destiny to name a few. 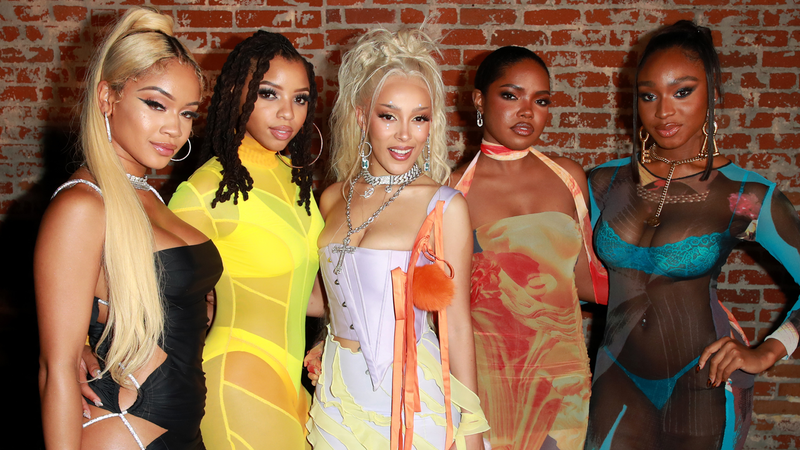 Also on the guest list was, Bebe Rexha, who Doja has previously teamed up with on “Baby, I’m Jealous,” as well as Winnie Harlow, Ty Dolla $ign, French Montana, Khalid, and G-Eazy, and we’re sure many more.

Arriving at midnight, Planet Her boasts features from Ariana Grande on “I Don’t Do Drugs”, Young Thug on “Pay Day”, J.I.D on “Options” and, of course, SZA on “Kiss Me More.” To celebrate the new release, Pop music’s favorite feline also shared the official music video for album track "You Right," her collaboration with The Weeknd, who of course was also in attendance.

.@DojaCat and @theweeknd at the Planet Her release party 🪐 pic.twitter.com/n65weE0PV6

As for the music we’ll let it speak for itself. Listen to Planet Her below.