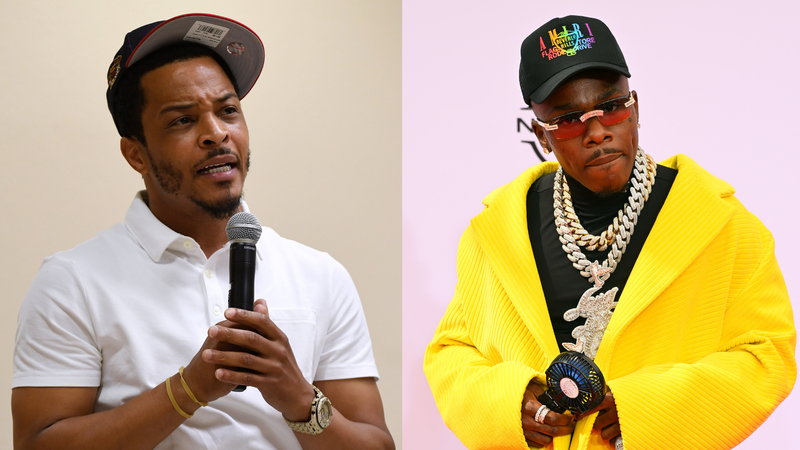 Not only did DaBaby choose his side when it comes to the violent incident between Megan Thee Stallion and Tory Lanez during Rolling Loud this weekend, he also decide to sprinkle some sexism and homophobia into his commentary.

A homophobic, misogynistic rant sprinkled with a disturbing HIV comment just so you can project some weak image of masculinity? 🗑 https://t.co/w0THRVuCDl

Award-winning author George M. Johnson called out the rapper's disrespectful and unnecessary diatribe. Johnson tweeted, "A homophobic, misogynistic rant sprinkled with a disturbing HIV comment just so you can project some weak image of masculinity? *trash*"

Johnson continued, "Homophobia kills. Misogyny kills. People lose their lives to this everyday. This is not something anyone has time to wait on straight Black men to 'grow' out of. This needs to end immediately. Furthermore Weaponizing HIV, which has killed millions of Black folks globally is harmful & dangerous HIV is STILL at epidemic levels for Black women & Black LGBTQ folks, specifically because of this type of shaming disgusting rhetoric."

Meanwhile, DaBaby and T.I. opted to defend and explain the rant when a simple apology would have sufficed. T.I. compared the tirade to Lil Nas X's "Industry Baby" and stated, "If you gonna have the Lil Nas X video and him living his truth, you gonna damn sure have people like DaBaby who gonna speak their truth. Ain't nothing wrong with none of it, it ain't got to be no hate — it's all honesty. Everybody living in their truth."

DaBaby, however, claimed it wasn't a rant. He labeled it "a call to action." He stated, "my gay fans ain't no nasty gay n****s [...] they have class" because they "take care of themselves." The two-minute unwarranted follow-up only buried the rapper deeper into a hole. Many have already muted the rapper and he still has yet to issue an apology.