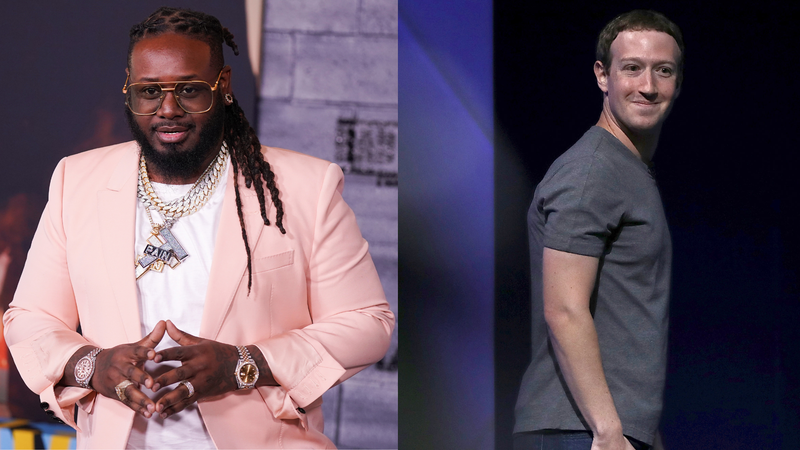 A few weeks back,﻿ T-Pain left hundreds of celebs and brands on unseen when he realized there was an entire folder of DMs he never opened, going back years.

The ordeal was absolutely hilarious and in true T-Pain fashion, he hosted his own "Town Hall" regarding the matter. The IG Live featured guests like Lil Jon, Kehlani, and the CEO of the platform, Mark Zuckerberg. With this opportunity, T-Pain used his platform to brainstorm with Zuckerberg about ways to improve how things go down in the DMs.

Zuckerberg explained the reasoning behind the request feature. "The reason we have the ‘request feature’ is to prevent bullying or spam and other unwanted interactions. To be able to filter that out," he stated. "Ideally, we should be able to figure out who the other people who might be sending you messages are who should get into that. The feature isn’t quite as advanced today as hopefully, it is in the future," he continued.

DM features aside, T-Pain also chopped it up with his friends and revealed his new song with Kehlani dropping on Friday. Check out T-Pain's full Town Hall above.