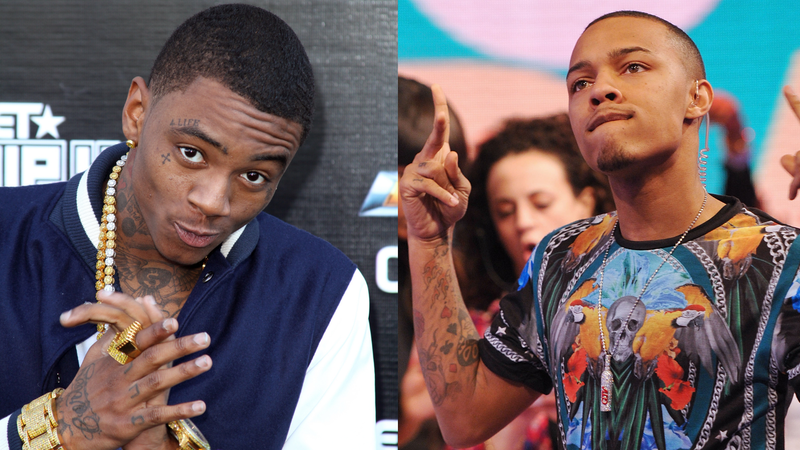 After practically vowing to never do a Verzuz (much to the dismay of his fans), Bow Wow has, thankfully, had a change of heart. He will be going head-to-head with Soulja Boy in an upcoming battle that is sure to bring memes and moments galore.

In a recent Instagram Live, Bow opened up about how people continually suggested a pairing that he felt wasn't a good match. "I was telling [Timbaland] I don't know nobody— they was throwing [Omarion] in there. Bruh, I'm like that's my bro too, but O is an R&B singer. Me and you make so much sense," he stated.

Bow expressed, "this is gonna be bigger than life, bro. I'm happy to celebrate with you." The two rappers have a mixtape together and still tour together. Soulja followed up to thank the ones that made it possible, "shoutout to the fans. This was highly requested."

Bow and Soulja are no stranger to throwing jabs at each other and their playful beef goes back years, if not a decade. In a throwback video, Bow boldly states, "he done met his match today [...] Imma talk my s***, but Imma back it up."

More recently, their banter has spilled over onto social media. Bow would post a screenshot of who has more Billboard hits and Soulja would question, "now Shad, is that photoshop?"

Bro you know i gotta give the people what they want. 😂 https://t.co/yCRTtgmpXp

The showdown between Mr. 106 & Park and the King of social moments will take place on June 26. In the meantime, catch the rematch between Swizz and Timbo during Memorial Day weekend.