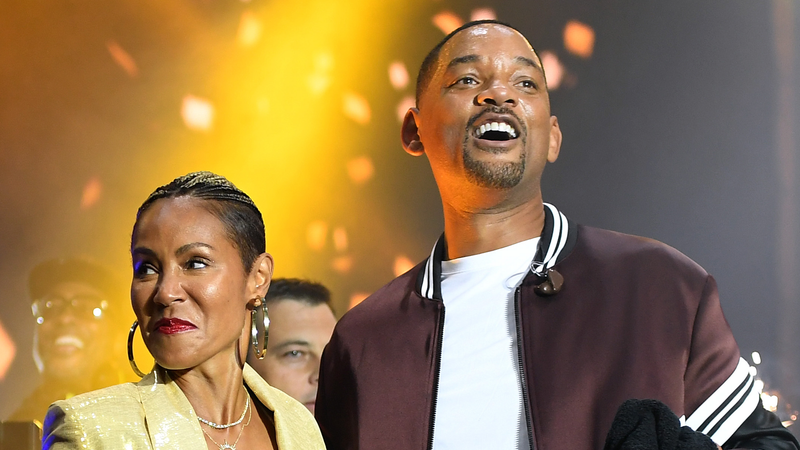 Enough with Will and Jada! Well at least that’s what the general consensus is for the over 3,500 and counting that have signed the online petition to “stop interviewing” Will Smith and Jada Pinkett Smith. And before you ask — Yes, this is real.

Okay so before we get started, we’d like to preface by saying that when it comes to the matter, we are a third, unassociated but also very interested party.

Created by user Dexter Morales the appeal to "Stop interviewing Will and Jada Smith!” arrived on the petition-hosting site change.org on November 26.

While Morales did not reveal his motivation for starting the petition, he was clearly not alone in his thought. As the “Reasons for signing” quickly filled up with signatories expressing their frustration at the celebrity couple's tendency to often disclose intimate details of their private lives.

For example —
“Everything I learn about this couple is against my will. Free us.”

Again, unbiased third party here, but we do have to admit as of late with his new memoir full of confessions, recently release film King Richard, and his growing social media presence, the actor is kind of everywhere right now.

We’ve known for a minute that Will and Jada have an open marriage, which proven by his teary-eyed appearance on Red Table Talk is at times hard to deal with. And while not completely relatable with the “open” of it all, general marriage problems are, so fine, share.

But is it at all necessary for us to know that at some point, Will wanted a “harem of girlfriends.” Or that sometimes Jada is maybe not 100% satisfied with their sex life. Or no, wait, that she’s actually totally satisfied.

Or how about this week’s confession, where we learned that Smith dealt with being cheated on by his first girlfriend by having so much sex that it made him gag, and at times vomit, as a “psychosomatic reaction” to an orgasm.

Yeahhh… NGL that’s all a bit much. But then again, guess you could also say the same for creating a petition to make it stop (but it’s also kinda lolz).

Final thoughts on the matter — We get it, but  live your life and let others live theirs. And if you don’t want to hear about it, then don’t listen.