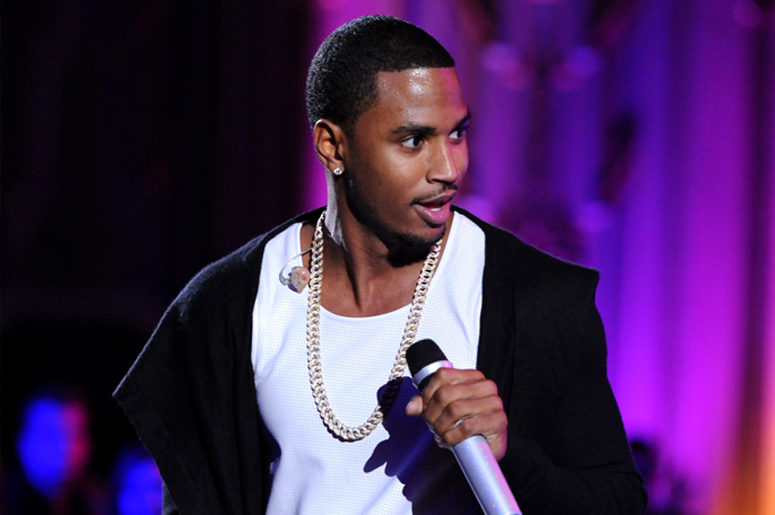 The artist in question is Trey Songz, and after the leaked NSFW video was posted by a fan, many have begun to claim it to be him because the tattoos seen on the man in the video resemble his.

While we can’t be 100 percent certain, the allegations alone led  #Trey to trend on Twitter and has found social media users trying to compare the tattoos.

Adding to the list of speculations, many believe Trey attempted to address the rumors with a post on Instagram. Along with two photos of himself wearing a hat that says “HOESMAD” and looking all types of confused, Trey let the red cheeked flushed emoji express his thoughts.

With its extreme vagueness were not so certain this should be considered as a confirmation, with that said, he isn’t denying it either.

As if our heads weren’t already spinning, in another post, less than two hours later, Trey definitely owned up to something secret and seedy, writing “Link in bio wit yo curious a** 🤷🏽‍♂️” alongside a shirtless pic, showing off that tattoo in question. Where does the link lead to? The answer to that would be, his verified OnlyFans page.

Okay, but like is it him or nah? Seeing as we have absolutely no intention of subscribing to his account to find out. Guess for now, we’ll just have to wait for the official answer.