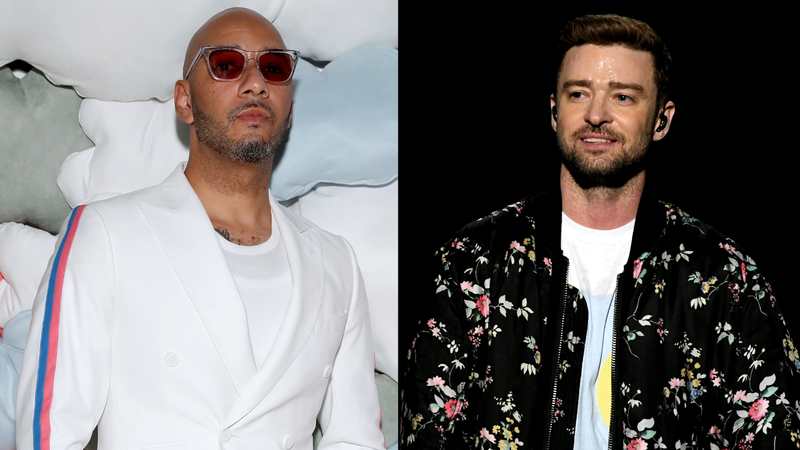 Over the holiday weekend, VERZUZ founders Swizz Beatz and Timbaland went head-to-head in the first ever VERZUZ rematch.

The night was full of strolls down memory lane with each artist playing some of their biggest hits. Early in the showdown, Timbaland played Aaliyah's "Try Again" and in response, Swizz expressed, "I’m not gonna lie, that’s one of my favorite records." However, the same can't be said for JAY-Z's "Holy Grail." Justin Timberlake is featured on the track and Swizz replied, "until you can get Justin Timberlake on Verzuz, I don’t really wanna hear those vocals," Swizz replied, after a laugh.

Later on when Timbo played JT's "Cry Me A River" and "SexyBack," Swizz's sentiments weren't so calm. "Until Justin let the world know that he —” he began, before Timbaland cut him off. “Justin gotta come out, he’s coming out,” Timbo assured after hinting at a Usher vs. Justin Timberlake matchup back in January.

In the VERZUZ recap on Instagram Live, Timbo told Swizz "went a little hard on my brother JT." Swizz replied, "look, man, I had to go hard. Did you hear how them songs were sounding on that stage? You and JT, it was like JT was in the building. I was like, man!" He did clarify that he "was just having fun" and most of all, “I don’t got no problem with JT,” Swizz mentioned. He did extend an invitation again for Timberlake to touch the VERZUZ stage.