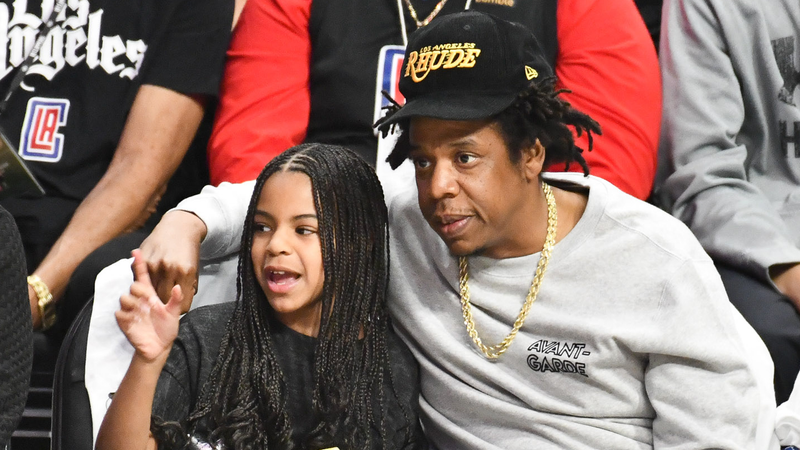 Already an icon in the making, Blue Ivy Carter further solidified her status by helping induct her father, JAY-Z, into the Rock & Roll Hall of Fame.

Proving that the apple doesn’t fall far from the Beyoncé and JAY-Z family tree, and particularly that she’s J’s mini-me, to open and close her dad’s star-studded induction video tribute, Blue, along with her famous mama Beyoncé recited some of Hov’s famous lyrics.

"In my lifetime, more than a million rhymes, no joking," Beyoncé begins the video, later rapping some bars from "The Ruler's Back," the opening track of The Blueprint — "So gather 'round hustlers, 'cause it's about to go down.” Before Blue closed out the video reciting some of JAY-Z's "Ride or Die,” a clean version of course, rapping — “Congrats, S. Carter, ghostwriter / You paid the right price, so we just make your hits tighter," before bursting into laughter.

Making their appearances in between, Rihanna, Halle Berry, Ed Sheeran, Alicia Keys, Diddy, Rick Ross, Queen Latifah, former President Barack Obama and, since it’s JAY-Z so you already know, lots more took turns honoring the Hall of Famer on his latest achievement, some with special shout outs and others by also reciting his lyrics.

But obviously, the best tribute comes from Blue.

Check out the video below.