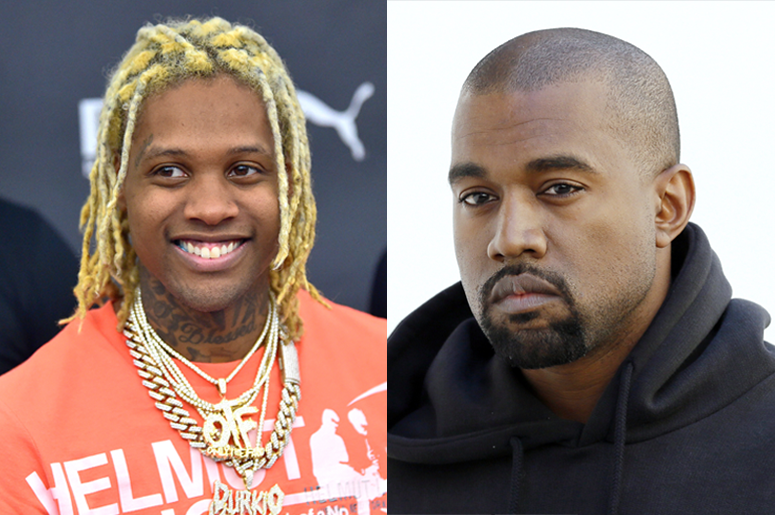 We all know rappers like to flex by dropping famous names in their lyrics. We’ve seen Drake, JAY-Z, even Kanye West do it countless times. Fully committed to the cause, Lil Durk joins in, name checking the latter in his latest single, “Kanye Krazy.”

The track comes as part of Lil Durk’s new deluxe edition of his 2020 album The Voice. Released January 29, the updated album sees an additional 12 songs joining the original 16.

While Ye’s name is merely used to help drive Durk’s point home in the chorus, the fellow Chi-Town native additionally elaborates on the Kanye of it all with a few lyrical references. However mostly, by taking a trip through West’s most iconic moments in the accompanying visual directed by Lyrical Lemonade’s Cole Bennett.

In the music video, Durk takes on some of Kanye’s most pivotal visuals, beginning with emulating the white piano, white tuxedo, ballerinas in all black vibes from “Runaway,” to the over the top hallway cruising in “I Love It.” Also parodied, the sultry “Bound 2,” and while a solo motorcycle ride is featured, a Kimmy K double is not.

As for those lyrical references, Durk mentions West’s interview with Sway Calloway (you know the one) by rapping, “You ain’t got the answers, Sway.” As well as the infamous stage crash during Taylor Swifts speech at the 2009 VMA’s. I mean… how could he not. Also on the spoof hit-list, Yeezy's support of Donald Trump, and the era of his grilled sunglasses, again… how could he not.