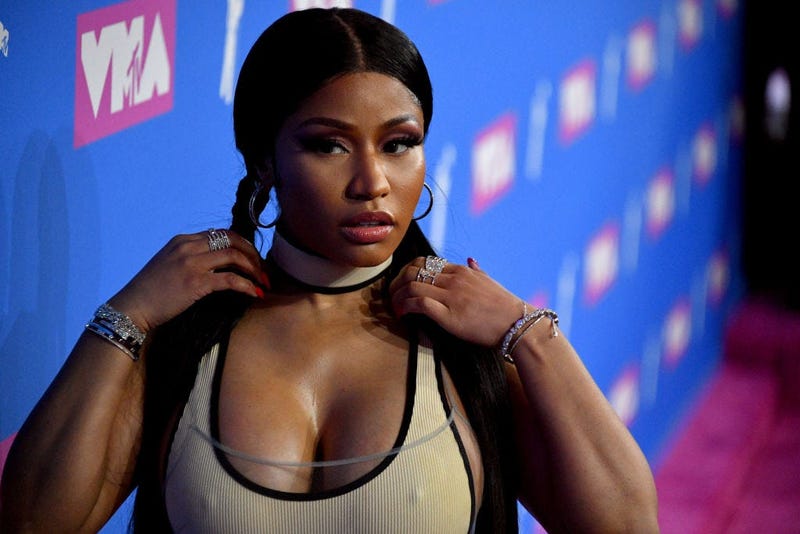 The White House said Wednesday it offered to call Nicki Minaj over the telephone to provide insight about the safety and efficacy of COVID-19 vaccinations after she ignited a firestorm of controversy with several debunked claims.

“As we have with others, we offered a call with Nicki Minaj and one of our doctors to answer questions she has about the safety and effectiveness of the vaccine,” a White House official said according to Bloomberg News.

“As we have with others, we offered a call with Nicki Minaj and one of our doctors to answer questions she has about the safety and effectiveness of the vaccine,” a White House official says. https://t.co/WYvfjqV9qr

Wednesday afternoon, the “Superbass” singer tweeted the White House had “invited her,” implying it was related to discussions about the coronavirus. Her revelation of the invitation came after she spent several days posting tweets that included false claims about the vaccine.

The firestorm began Monday when the rapper tweeted she had decided against attending this year’s Met Gala because of its vaccination requirement.

“If I get vaccinated it won’t for the Met. It’ll be once I feel I’ve done enough research. I’m working on that now,” she wrote.

Minaj followed that tweet with an allegation that her cousin’s friend had become impotent after getting the shot, ruining his pending nuptials and leaving him with swollen testicles.

My cousin in Trinidad won’t get the vaccine cuz his friend got it & became impotent. His testicles became swollen. His friend was weeks away from getting married, now the girl called off the wedding. So just pray on it & make sure you’re comfortable with ur decision, not bullied

Critics say Nicki Minaj’s tweets highlight the problem public health officials face against misinformation that spreads on social media. The star has more than 22.6 million followers on Twitter and more than 157 million on Instagram.

“For you to use your platform to encourage our community to not protect themselves and save their lives … as a fan, I am so sad that you did that,” said MSNBC’s Joy-Ann Reid.

Minaj — whose tweets prompted a protest outside the CDC headquarters in Atlanta Tuesday — responded to the disapproval, admonishing fans to “pray on it” and not “be bullied.”

“The answer to that is a resounding no,” Fauci said Tuesday when asked if the COVID-19 vaccine could cause impotence. “There’s no evidence that it happens, nor is there any mechanistic reason to imagine that it would happen.”

“There’s a lot of misinformation, mostly on social media,” Fauci said. “[It] may be innocent on her part. I’m not blaming her for anything, but she should be thinking twice about propagating information that really has no basis.”

The Centers for Disease Control and Prevention said last month there was no evidence that any vaccine can cause fertility problems. The agency estimates nearly 76% of adults in the U.S. have had at least one shot.