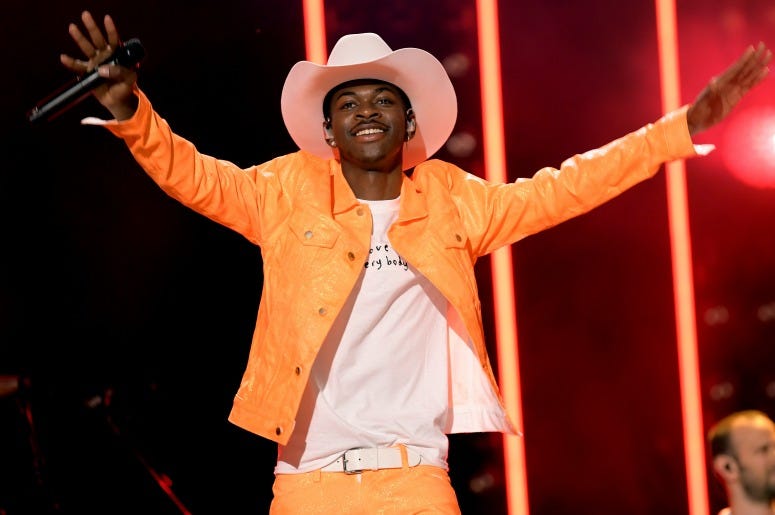 It has been 16 weeks, and Lil Nas X is still riding in the number one position on the Billboard Hot 100.

Only two songs across six decades have held the top spot for this long, as “Old Town Road” joins “One Sweet Day” from Mariah Carey and Boyz II Men which set the record in 1996, and “Despacito” by Luis Fonsi and Daddy Yankee featuring Justin Bieber, which matched the mark over twenty years later in 2017.

According to Billboard, it was close in the last frame. The surging “bad guy” from Billie Eilish got an extra push from a remix featuring Justin Bieber, but it wasn’t enough to blast beyond number two. It helps that Lil Nas X also remixed his remix, adding Young Thug and the young yodeling Mason Ramsey to his viral hit for some extra insurance.

The “bad guy” update had greater growth last week than the new version of “Old Town Road”, but it still wasn’t enough to topple the horse-powered smash. Will it be next week though when Lil Nas X goes for a record-setting 17th week on top?

me on the internet this whole week tryna break the billboard record pic.twitter.com/oyHmLRMd6q

In the past, it hasn’t been the number two that dethroned the long-standing number one. In fact, in 1996 “One Sweet Day” edged out "Sittin' Up in My Room" by Brandy in week 16, but was side-swiped by Celine Dion and “Because You Loved Me” in the 17th week. The song jumped from 5 to 1.

In 2017, it was DJ Khaled's "Wild Thoughts," featuring Rihanna and Bryson Tiller that was in striking distance to “Despacito”, but Taylor Swift swooped in with “Look What You Made Me Do” to kick off a new era and to end their run.

So is there a song set to surge this week to dethrone Lil Nas X? Could the magic of Shawn Mendes and Camila Cabello push “Senorita” to the peak? Is there a surprise song from someone waiting to take the top spot? We’ll find out for sure next week, but for now the young star rides ‘til he can’t no more.