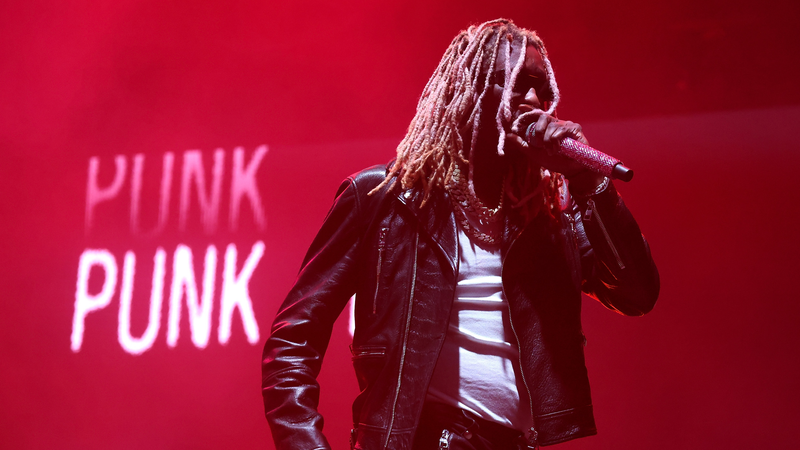 It’s time to get mosh pit ready, cause Young Thug’s long-teased album Punk is finally here. Only kidding of course, because despite its name and some sporadic guitars, the 20-track Punk doesn’t stray too far from Thugger’s Atlanta trap roots.

Although he did supply major rock vibes when debuting a few album tracks live for an installment of NPR’s Tiny Desk (Home) Concert series.

Joined by a full band, Thug performed a few new songs including the album’s opening track “Die Slow,” followed by “Droppin Jewels,” and “Hate the Game.” Thug also included some previously released bops to the set including “Tick Tock,” before getting assistance from Travis Barker on drums for Slime Language 2's “Ski". The entire thing is hella lit and you should definitely check out below, but after you finish reading — so let’s keep it moving.

Arriving slightly late at 3 AM ET on October 15, after some reported last-minute additions, Thugger’s second album in name is just the latest gift to music in a string of dozens if you count his mixtapes and compilations — which you should.

Get your hip-hop head-bang on and listen to all of Young Thug’s Punk below.