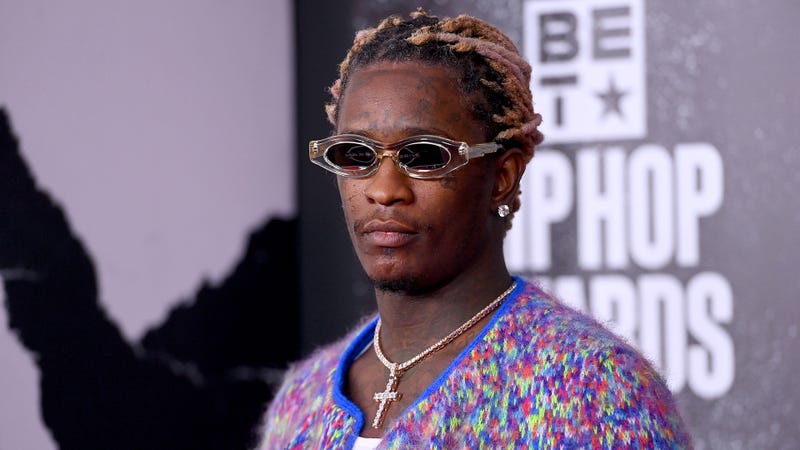 While the 2021 BET Hip Hop Awards are scheduled to air Tuesday, October 5, the actual event went down Friday, October 1 in Atlanta, and Audacy’s very own Greg Street from Atlanta’s V-103 was there to vibe out on the red carpet with some of your favorites.

Stopping by to chalk it up with Street about everything from their rise to prominence, the power of prayer and faith, as well as their most memorable moment — were the evening's hosts, comedy group 85 South.

And while they have many to chose from, according to Karlous Miller “the most legendary moment in 85 South show history is ‘Wheelchair Man,’ which DC Young Fly and Chico Bean had no arguments about, nodding in agreement. The trio stayed for a bit more, to list off their favorite tour guest — Z-Ro at the Houston House of Blues. And also made time to rep for Atlanta — watch it all right here.

Young Thug and Gunna also stopped by, and let us know they’ll be up first when it comes to the evening's performances. The duo also made sure to give thanks to the ATL, with Gunna saying, “shout out Atlanta for always supporting us, rocking with us for life.” Before continuing down the carpet, Thug added in, “V-103 forever,” and then the two dapped up Street and headed off —see it all below.

Next, Greg chatted it up with on-the-rise artist Yung Bleu, who Street reminded would hit him up on Twitter before his come up. But now that Bleu is a signed artist with his very own tour, Greg wanted to know which stops so far on his Moon Boy Tour have been his favorite. “Atlanta definitely, Vegas was just lit, Houston, Boston was lit, I didn’t even know it was gonna be lit like that, concluding “there’s been a lot of good ones.” Also up for discussion, social media ticket giveaways, and the possibility of a free show or even tour and more — check it all out below.

Griselda’s Benny the Butcher rounded things out, stopping by to reminisce with Street about “those podcast” they “did last year.” The two also fit in a little tour talk with Benny dropping some secret guest exclusives. So… what are you waiting for — go ahead and press play.