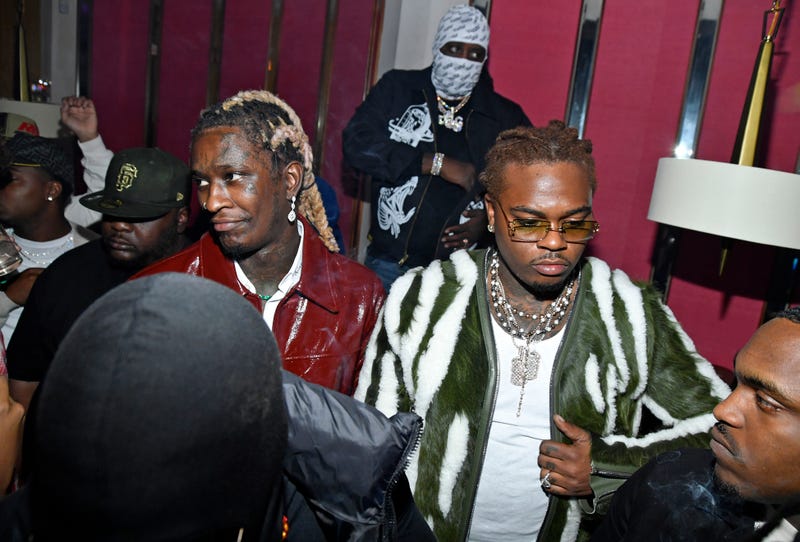 Rappers Young Thug and Gunna have been charged along with dozens of others by state prosecutors over alleged gang activity, according to court documents. WSB-TV first reported the indictment.

Those charged are reportedly members of or connected to the so-called Young Slime Life (YSL) group. In addition, Young Thug is charged with alleged gang involvement, while both he and Gunna face RICO charges.

"We expect in the coming days, weeks, and months, that we will bring RICO indictments against gang members, even top-level gang members, to make sure that we rid them from our society," D.A. Willis said in an interview with Channel 2.

A WSB photographer recorded a video of state authorities arresting Yong Thug Monday evening at his home in the Buckhead neighborhood.

"YSL is a criminal street gang that started in late 2012 in the Cleveland Avenue area of Atlanta. YSL claims affiliation with the national Bloods gang," prosecutors wrote in their court filing, which accuses Williams of being a co-founder along with Walter "DK" Murphy and Trontavious "Tick" Stephens.

Authorities accuse Young Thug of renting a 2014 Infiniti Q50 sedan from Hertz to use as transportation in the murder of Donovan "Big Nut" Thomas, Jr., a rival gang member, in January 2015, according to the indictment. Thomas died in a drive-by shooting in the Castleberry Hill neighborhood. A 14-year-old boy and another man were both shot as well.

State prosecutors also allege that two men linked to YSL, founded in 2012, asked for Young Thug's approval to make a second attempt at killing YFN Lucci, legally named Rayshawn Bennett, while he's behind bars in Fulton County jail on murder and racketeering charges. In court documents, Bennet said he was stabbed in jail in February with a homemade shank while on a video call. 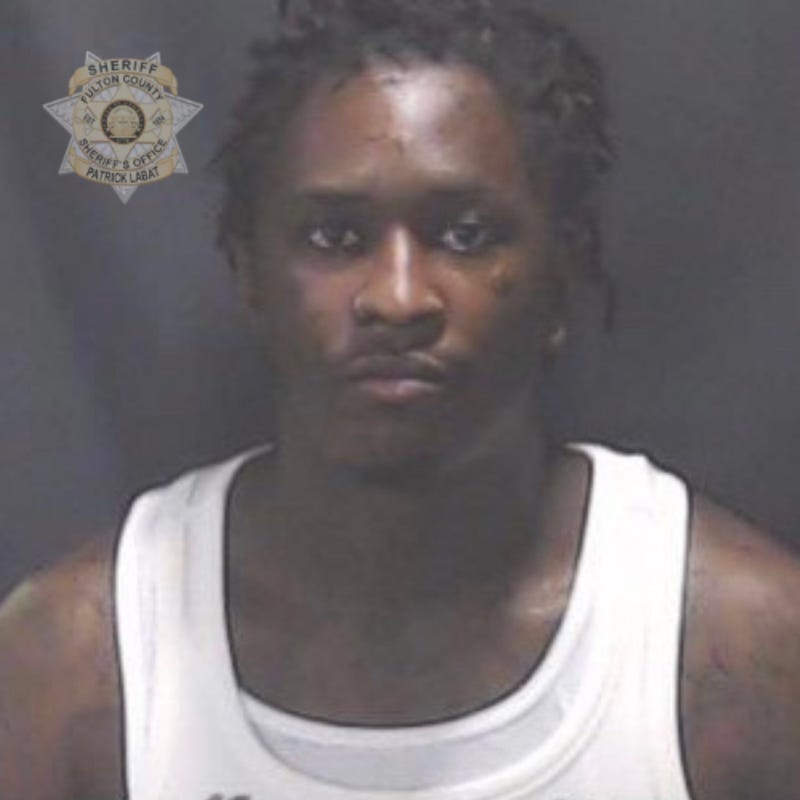 YFN Lucci and Young Thug have reportedly quarreled for years, believed to stem from Lucci's claim of having a sexual relationship with Thug's fiancé.

Young Thug was booked by police Monday evening and will make his first court appearance Tuesday morning. Gunna still had not been taken into custody as of Monday night.

"The response to any allegation is: Mr. Williams committed no crime whatsoever," attorney Brian Steele told WSB-TV. "And we will fight til my last drop of blood to clear him."