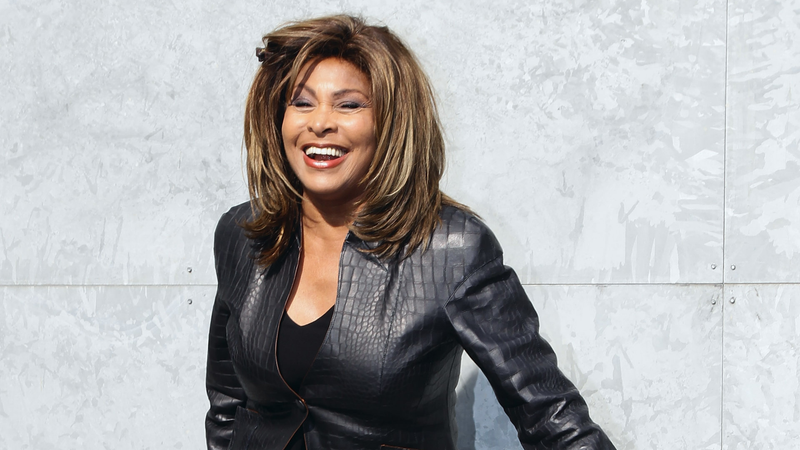 Tina Turner is a bonafide rockstar and in a riveting 5-part documentary for HBO, we get to see her— outside of her apathetic childhood, outside of her abusive and traumatic marriage with the late Ike Turner, and how she made it survived it all with a smile on her face and love in her heart.

1993’s riveting biopic, What’s Love Got To Do With It, named after Tina’s solo hit, and starring Angela Bassett and Laurence Fishburne in the lead roles, told the haunting tale of the Ike and Tina’s relationship (personally and professionally), but when the film was released, the journey as Tina (a whole, complete woman/entity) was simply beginning. In the opening sequence, Tina expressed, “...it was just so unlike me— my life. That I don’t want anyone to know about it [...] it wasn’t a good life. It was in some areas, but the goodness did not balance the bad…” At one point during a press junket for the 1993 biopic, she clears her throat to express that she told “the news,” so she could “go on with [her] life.” In another interview, she laughs off her annoyance in response to being asked how [she] got out of “that situation with Ike,” replying, “oh, we are going to talk about him, aren’t we?”

And throughout the nearly two-hour documentary, it’s explicitly clear that she would prefer to not relive, dwell, or even discuss her past. It’s all about forward trajectory. If you recall, when the divorce was finalized, all Tina wanted was her stage name. That was all she needed.

In the explosive 1981 interview with People Magazine where she discussed the abusive marriage with Ike for the first time, she stated, “I lived 16 years with a man that I knew there was no way I could ever be happy with, but I felt I had to stay there[...] I went through basic torture... I was living a life of death. I didn’t exist.” In light of that, she credits Private Dancer as her debut— an “introduction as Tina.” She went on to perform in cabaret clubs and on variety shows as a way to pay off debts accrued throughout her marriage to Ike.

Tina found the strength to start fighting back after converting to Buddhism and trusting herself. Coincidentally, she declares July 4th as the day she found her freedom. It took years for Tina to transform and thrive into her place as the Queen of Rock ‘n Roll, but she did. At one point, she reflected, “I’m a girl from a cotton field that pulled myself above what was not taught to me. I question myself and say, ‘how can you say you deserve a well-to-do family when you are with this body, when you came from the cotton fields, when you came from the family you came from and when you came from all of the destruction and the mistakes? Because I want more. Simply, I want more, Kurt. Look what I have done in this lifetime…”

Watching the documentary go from the dark cloud of “Part 1: Ike & Tina” to the soft light of “Part 5: Love” was wonderful. Tina recalled the early days of her in-like with her now-husband, Erwin Bach, when she daringly told him, “when you come to LA, I want you to make love to me.” He was shocked at her bold request, but she didn’t say he declined. They married 27 years later. Bach refers to their love as an “electrical charge.”

Tina did admit she hated Ike, but after his death, she realized he “was a sick person,” ultimately, she forgave him. Her life is a beautiful reflection of how you’re rewarded doing right. This may be “it,” as Bach stated, but what Tina is leaving behind is love. That’s the part that the masses need to dwell on now. She is Tina— whole, fulfilled, loved and in complete bliss.

TINA is currently streaming on HBOMax.