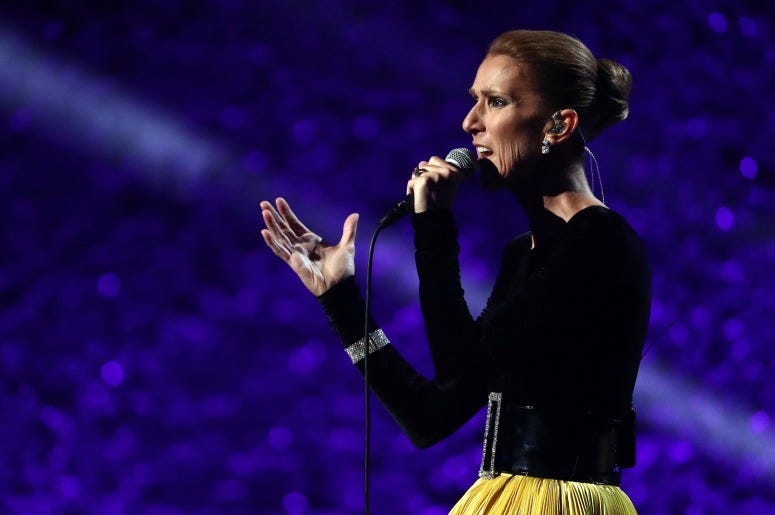 It’s not entirely uncommon for an artist to sing at their album release party. It’s much more rare though for it to be karaoke, or at a Drag Show, or Céline Dion.

Somehow all of those things came together on Thursday night, as Céline celebrated the release of her first album in six years, Courage. The icon appeared at the Lips Drag Queen Show Palace Restaurant & Bar in New York City according to Page Six, and thrilled the crowd with a karaoke set including her new song, “Flying On My Own.”

Karaoke screen: Flying on My Own made famous by Celine Dion

Celine Dion: I got it pic.twitter.com/58qUQHkftA

Dion is currently on a break from her Courage World Tour, which kicked off in September and runs into March. The “My Heart Will Go On” singer ended her Las Vegas residency earlier this year after a remarkable sixteen years.

This also isn’t Céline first karaoke stop in 2019. Back in May, Dion traveled with James Corden for Carpool Karaoke, performing some of her biggest hits from the passenger seat and even “Baby Shark.”

"I feel like there's no song on earth, that you couldn't make dramatic" The Late Late Show host asked her on the ride. "Do you know this song Baby Shark?"