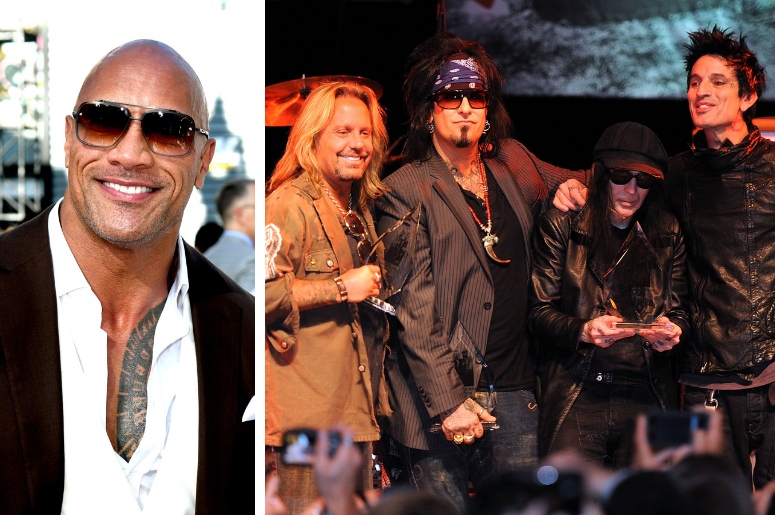 Dwayne Johnson is living up to his nickname in the new Fast & Furious spinoff Hobbs & Shaw. The Rock rocks a Mötley Crüe t-shirt on-screen.

The band has been making several mentions of the The Rock’s wardrobe on social media. Bassist Nikki Sixx, who just became a dad for the fifth time, told a fan that they had the shirt made for him and joked? it was a size XXXXL.

Mötley Crüe noted on Facebook that The Rock has mentioned several times the “Kickstart My Heart” band was the first concert he ever saw and that he’s a big fan.

The Rock and Jason Statham reprise their roles as Luke Hobbs and Deckard Shaw in Hobbs & Shaw - the first stand-alone film in the franchise. It has grossed more than $330 million worldwide.

“Hobbs & Shaw blasts open a new door in the Fast universe as it hurtles action across the globe, from Los Angeles to London and from the toxic wasteland of Chernobyl to the lush beauty of Samoa,” according to the official description by Universal Pictures.

Mötley Crüe are no strangers to movies themselves following the release of their long-awaited biopic The Dirt. Earlier this year, RADIO.COM asked Sixx to separate fact from fiction when it comes to the band’s notorious rock ‘n’ roll story. 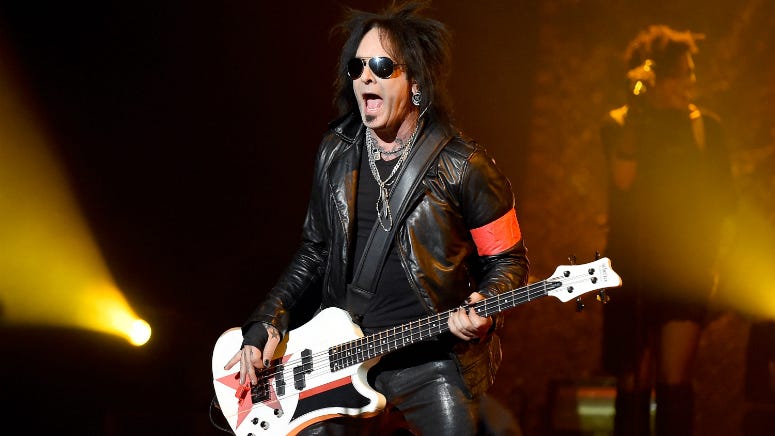 Nikki Sixx: "I Officially Have 5 Cadaver Parts in the Body"