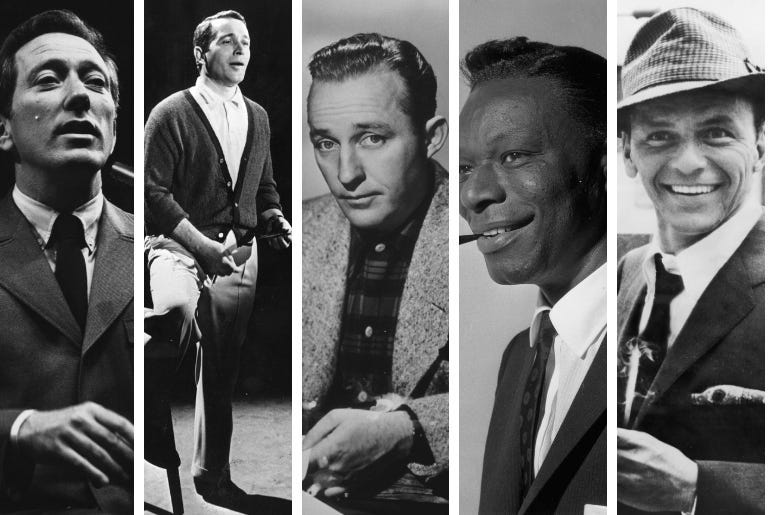 The season is upon us. Time to turn on the lights and gaze at the decorations while celebrating Christmas with family and friends.

The soundtrack to the season and for the day is filled with holiday classics, religious hymns and modern takes. There’s no shortage of songs to choose from.

We want to know what your favorite classic Christmas song is. Check out the nominees and vote in the poll at the bottom of the page.

Everyone from Hall & Oates to Amy Grant has recorded a version of it, but the most recognizable rendition is probably this original - released in 1957. ``It’s made itself a part of Christmas,″ Helms once said. ``It lifts people up.″

Andy Williams - It's the Most Wonderful Time of the Year

If an alien came down from another planet and wanted to know what this Christmas thing was all about, this would be the song to play for them. The 1963 track sets the scene for the season like few others.

Brian Wilson took his affinity for car songs and applied it to Santa and his sleigh for this 1963 hit.

Ol' Blue Eyes sung all the classics on his holiday albums, but originals like "Mistletoe and Holly" and this 1954 track stand out.

Whitney Houston, John Legend and countless others have recorded it, but the song belongs to Nat King Cole. The first notes of his version immediately transport listeners back to their best memories of Christmas.

The most "modern" song on this list, it was recorded in 1970 and falls under the theme of missing your loved one during the holidays. But Karen Carpenter's stellar voice gives this original the tenderness that sets it apart.

Perry Como - (There's No Place Like) Home for the Holidays

Perry Como didn't record it first, but his version is arguably the standard by which all others are judged. The sentiment is something everyone can relate to.

Just like the title says, a happy song about the season from the voice behind the TV classic "Rudolph the Red-Nosed Reindeer."

Contrary to popular opinion in 2019, the beloved song did not make its debut in the film of the same name. It first appeared in 1942's "Holiday Inn," which also starred Bing Crosby.

The best party song on the list, and like "Holly Jolly Christmas," it was written by Johnny Marks, who also wrote "Run Rudolph Run" and other standards.