Tonight, a star-studded tribute to John Prine is set to take place featuring never before seen footage of the songwriter as well as numerous appearances from a slew of celebrities.

Fiona Whelan Prine spoke to CBS This Morning about putting the event together, dealing with the aftermath of his death, and the final hours she spent alongside her husband. 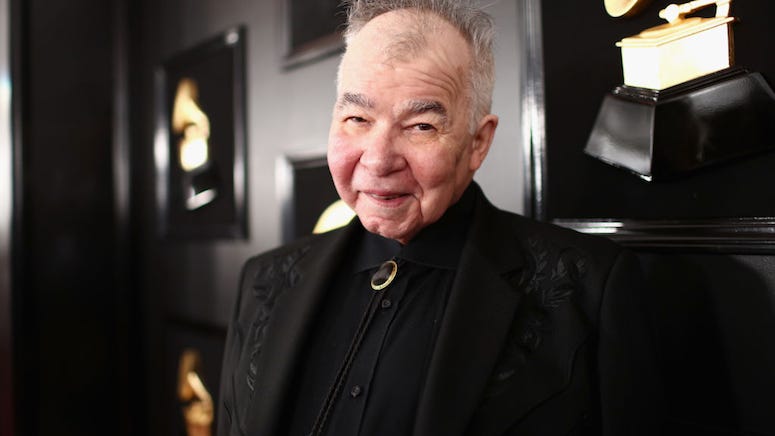 The Prine’s had both contracted COVID-19 in March following a European tour. Fiona was the first one to display symptoms of the virus and went into quarantine. "And the day, in fact, I came out of quarantine, John started displaying serious symptoms," she said. "I took him to the ER. I had to leave him at the door. That was one of the hardest things I've ever done. I have never not been with him through an illness."

I have recovered from Covid-19. We are humbled by the outpouring of love for me and John and our precious family. He is stabile. Please continue to send your amazing Love and prayers. Sing his songs. Stay home and wash hands. John loves you. I love you

While he was hospitalized, Whelan Prine was only able to visit her husband once. On April 6th, their wedding anniversary, she received a call from the doctor urging her to come to the hospital immediately.

She spent 17 hours by his bedside and even though he was unconscious, she said she “got to tell him everything I had ever wanted to tell him.”

While she was able to say goodbye, their three sons didn’t get to have the same opportunity. This has been difficult for them with Whelan Prine saying "They're sad,"

The event begins tonight at 7:30PM ET and can be found on Prine’s YouTube, Facebook, and Twitch channels.