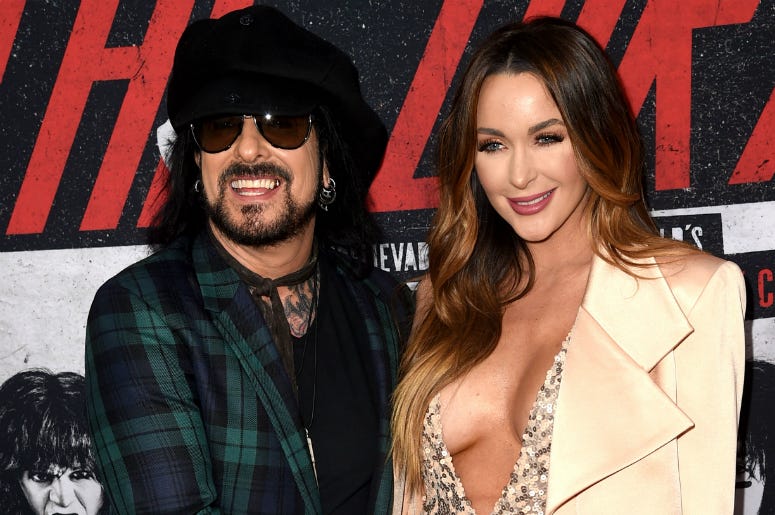 What does Nikki Sixx buy his newborn daughter? A pink bass, of course. The Mötley Crüe bassist has announced the addition of Ruby to his family.

His wife, Courtney delivered the couple’s first child together over the weekend. Sixx called his little girl “spunky,” and said she had a full head of hair – but we hope not as full as his rock star mane.

“I would like to thank our family and friends for all the love and support (and flowers),” Sixx wrote on Instagram. “We are already sleep training her with a metronome and I got her a pink bass.”

Ruby is Nikki’s fifth child overall. The 60-year-old has three children from his first marriage to Playboy Playmate Brandi Brandt and one with his second wife, Donna D’Errico, who was also a Playboy Playmate.

Courtney is known to many as the How2Girl, and Sixx helped her document her pregnancy through his passion for photography.

“As Courtney and I were planning our pregnancy, I was also planning on building a new photography studio," Sixx told People earlier this month. “As soon as the studio was finished, I came up with concepts for the pregnancy shoot so our daughter would have them for her memories.”

Check out the revealing maternity photos here, and then revisit our interview with Nikki and the cast of The Dirt. The Mötley Crüe biopic was a huge hit with fans when it premiered earlier this year.