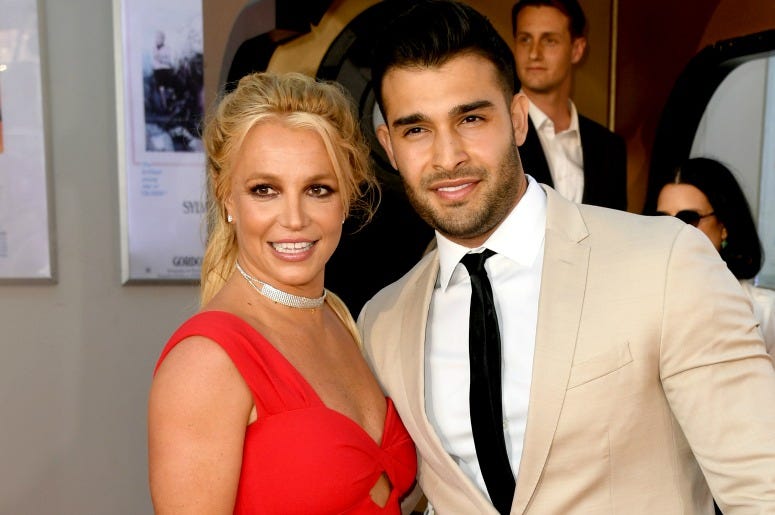 The stars were out for the premiere of Once Upon A Time...In Hollywood on Monday night, but all eyes were on the finger of Britney Spears.

The 37-year-old singer hit the red carpet for her first premiere with boyfriend Sam Asghari in Los Angeles, wearing a red dress and some extra sparkle on her ring finger. 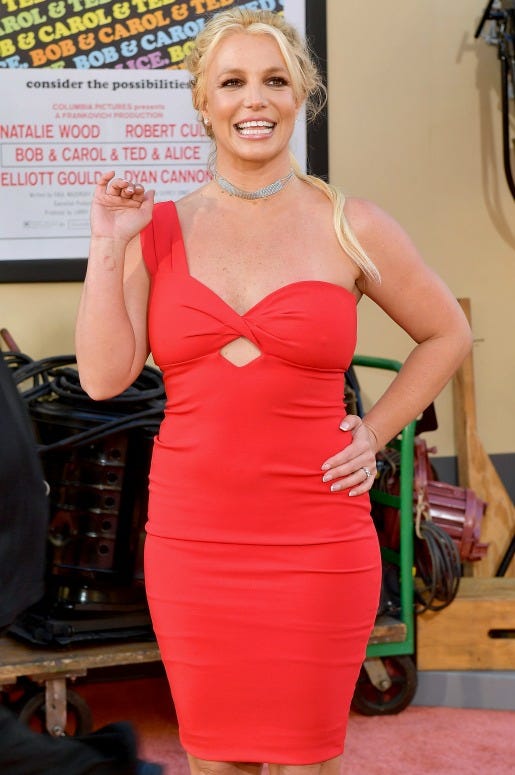 The new piece of jewelry has quickly sparked engagement rumors for the “Toxic” star. Spears and Asghari have been dating since 2016, and seem to have weathered the storm of health concerns and family trauma together.

WATCH MORE: A Look at Britney Spears' Most Iconic Performances

Spears has been married twice before. The first famously for only 55 hours to Jason Alexander after a quicky marriage in Las Vegas in 2004. Later that year, Britney tied the knot again, this time with Kevin Federline. Together they have two children from their two year marriage.

In 2011 Spears was once again engaged. However, the singer and her former agent Jason Trawick called it off in 2013 before they made it down the aisle.

Britney has not confirmed any of the speculation surrounding her status, but she did post a picture of the two together, captioning “Our first premiere.”