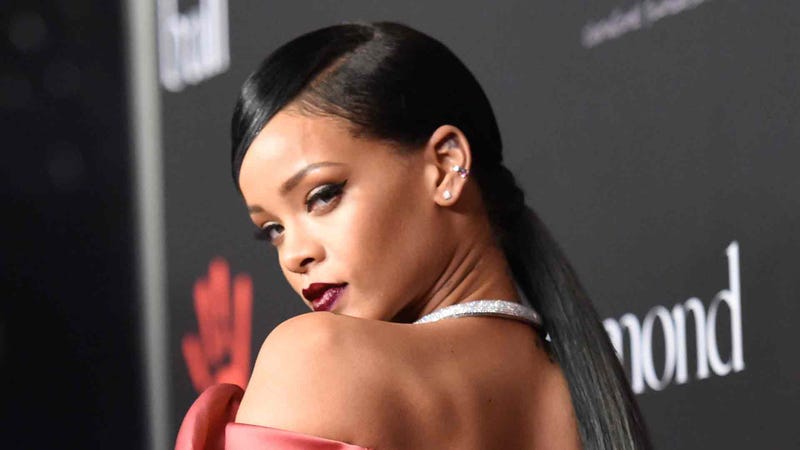 It’s straight up pandemonium on the internet this week after TikTok user @fathermarge brought attention to a pair of Savage X Fenty by Rihanna leggings that would basically yield every pirate with no use for a treasure map (to find some bootay), if you know what we’re sayin’. Oh you don’t? Actually, neither do we. Point is these leggings are sheer, crotchless and feature a posterior criss-cross design that exposes nearly 40% of your butt.

“Things are getting a little crazy," @fathermarge said while using the green screen effect to showcase the lilac-colored leggings. “WE NEED ANSWERS,” she captioned her post that quickly garnered somewhere around 3.3 million likes likes and plenty of comments from perplexed users - before it was deleted and her profile set to private.

Yeah imagine that, in addition to @fathermarge the leggings left a solid percentage of internet folk more than a bit confused, us included. Not only about the leggings themselves, but where we stand in our opinion about them. Look, It’s a Rihanna approved design after all, so it feels wrong not to be on board. Yet the non-nudist inside of us is leaning towards maybe not making butt-cleavage a thing.

Despite @fathermarge's video being deleted, many continued to stitch it (if you don’t know then you shouldn’t know) on the platform, sharing their own reactions to the bare-all bottoms. “Can we normalize butt cleavage?” wrote @sweet_thang_ in a reaction video. “Butt cleave is sexy, butt cleave is amazing.” However, Not everyone agreed: “This is where I draw the line,” said @Paigent12. While @Prettykittty04 frankly wrote, “Oh HELL no.”

Wondering what consumers of the leggings had to say, we visited Savagex.com to check out some reviews, and turns out the leggings are extremely popular with the brand's shoppers. One reviewer named Jessica — who even bought herself a second pair after trying the style out, called them the “sexiest sleep pants ever.” Another reviewer named Sasha called them “a must!”

If you’re wondering where they are meant to be worn, according to the brand’s website, the Soft Mesh Open-Back Crotchless Legging are described as featuring “sheer soft mesh fabric that provides a comfortable fit,” as well as “an open strappy back for a playful surprise,” perfect for a “cozy night in.” Okay that makes more sense, kinda.

But (pun intended) guess what? The soft mesh leggings are arguably not the most risqué loungewear Savage X Fenty has to offer. Elsewhere on the site are the Bohemian Paisley Open-Back Legging that is not only sheer but the derrière is completely exposed. No criss-cross straps, just bare cheeks, giving us some serious Spice World: The Movie  “Leader of The Gang,” performance vibes (real ones know what's up).

A post shared by SAVAGE X FENTY BY RIHANNA (@savagexfenty)

So, final consensus -- we’re not not for it. And while we have no qualms with allowing butt cleave to be a thing, we do think keeping the wearing of these and any other savagely interesting legging designs from Rihanna confined to the comforts of your own home is the way to go.