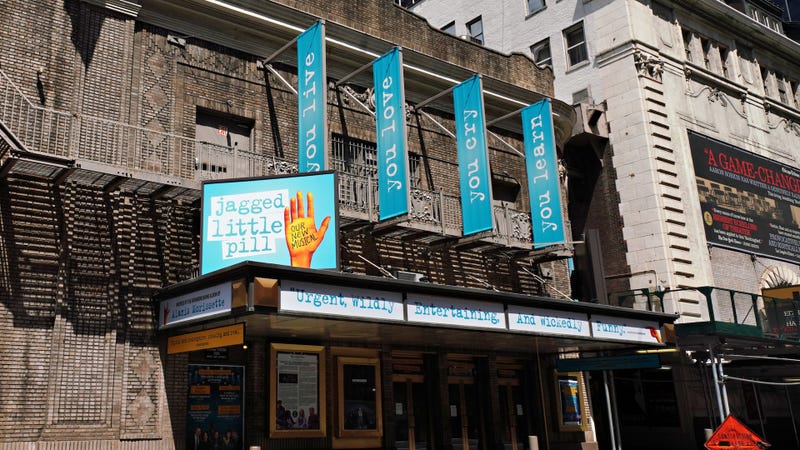 As Deadline reports, two former cast members, Celia Rose Gooding and Nora Schell announced they will not be returning to the production over workplace conditions. Schell tweeted a statement saying that during previews for the Broadway run, they were “intimated, coerced and forced by multiple higher ups to put off critical and necessary surgery to remove growths from my vagina that were making me anemic.”

“We are deeply troubled by the recent claims that have been made by a former cast member,” said Vivek J. Tiwary, Arvind Ethan David, and Eva Price, lead producers of Jagged Little Pill, in response to Schell’s statement. “We met with our cast and members of our core creative team today to let them know we take this matter very seriously, and to share with them the actions we are taking in response.”

The producers indicated an external firm has been hired to “conduct a comprehensive investigation of this incident and the individuals involved.”

“We are immediately launching an external review of all our policies and procedures with the wellbeing of all our employees in mind,” their statement continued. “Broadway shows are by their very nature collaborative human efforts, so there is nothing more important to us than our people. We are committed to continuing to nurture a work environment where everyone feels valued and respected.”

Additionally, Deadline released a statement from the Actors Equity Association that the union will commission an independent investigation of the musical’s workplace.

“We are deeply concerned about the revelations in Nora Schell’s statement released Friday,” Equity said in the statement. “We appreciate that the producers of Jagged Little Pill are taking their allegations seriously and have hired an independent investigator. To ensure the highest level of accountability, Actors’ Equity Association is also commissioning a thorough, independent investigation of the Jagged Little Pill workplace. We are currently in the final phases of identifying and retaining an appropriate attorney to conduct this work.”