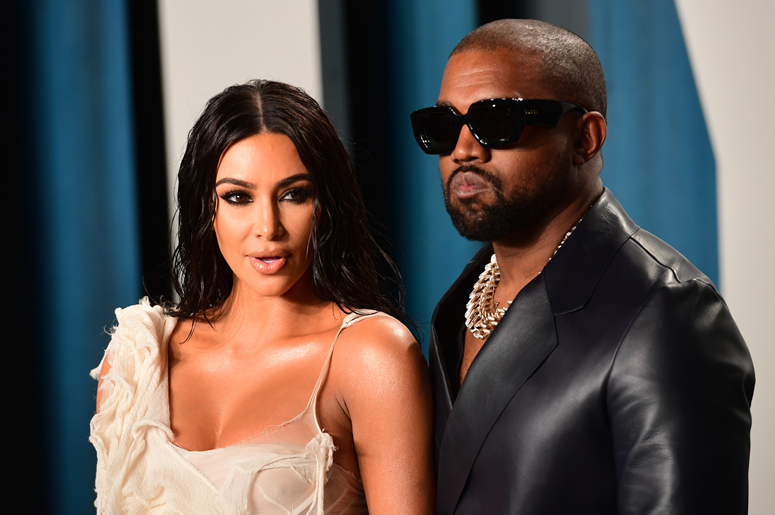 While neither Kim Kardashian nor Kanye West have publicly spoken about their rumored rift, actually now that we think about it they’re probably saving it for the series finale. Nevertheless, thanks to the reality star and mogul’s need to share on social media, it all but seems Kanye either left or has been kicked out of their once shared Hidden Hills home.

Fans and followers sleuthed out that Kim’s new Skims showroom looked a lot, if not identical, to Kanye’s closet, which he once showed to David Letterman on a 2019 episode My Next Guest Needs No Introduction. Kimmy showed off her brand's brand new silk collection, giving us plenty of opportunity to come up with the theory of what was once his is now hers.

With 8 bedrooms, spanning the white walled 9,400 square foot home, it’s hard to be certain that it's the exact room. However, by the looks and placement of the clothing rack and how the wall is divided it does seem the rooms could in fact be the same. 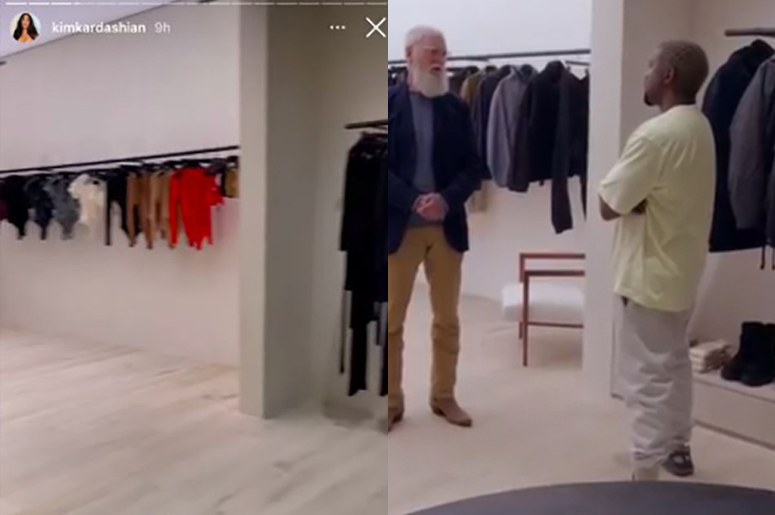 Photo credit via @kimkardashian / via Netflix

So, unless Kim and Kanye have several identically laid out rooms in their home, which actually wouldn’t surprise us, then it looks like Kanye's stuff has been cleared out.

Either way, by the looks of it, Kimye seem to be on good terms considering, at least that's the vibe we got spotting Kim wearing a pair of Yeezys in a recent bikini pic.