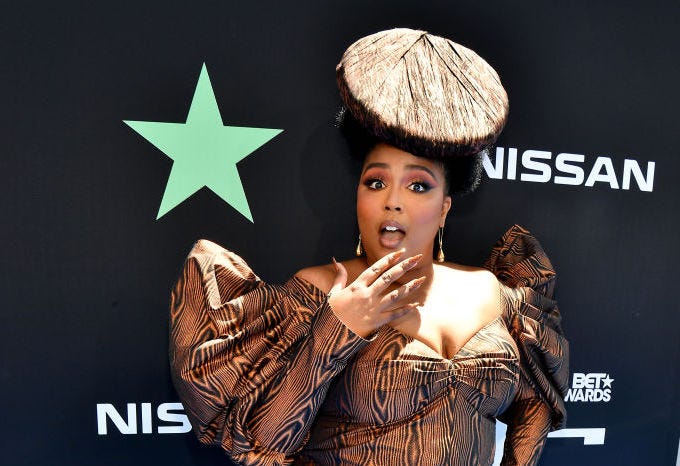 Lizzo is ready to dole out some roses.

The 31-year-old has taken over the music world and is getting ready to make her big screen debut in “Hustlers,” but she’s also got her sights set on television.

In a new interview, the “Juice” singer revealed she’s all for becoming the next “Bachelorette,”even though she doesn’t watch the ABC dating competition series.

But like a true boss, Lizzo disclosed there would need to be some interesting modifications to the show’s long-running formula.

As if that didn’t shake things up enough, she has one more very explicit request.

The "Tempo" singer would only be down if there were certain sexual favors involved.. "It can be blurred, but I would want the people to know," she said.

While those requirements might make her chances of scoring the TV gig more of a long-shot, the music diva has a lot on her plate to keep her busy.

In the midst of traveling the country on her “Cuz I Love You” Tour, Lizzo just dropped her new video for “Tempo,” all the while her single “Truth Hurts” is  still number 6 on the Billboard Hot 100 charts. To top it off, earlier this week, she received 2 MTV Video Music Awards nominations for Best New Artist and Best Push Artist.

She’ll follow all that up by playing a stripper alongside Jennifer Lopez, Constance Wu, and Cardi B when the highly-anticipated film “Hustlers” hit theaters on September 13th.

“Bachelorette” or not, there’s no question Lizzo is feeling the love.