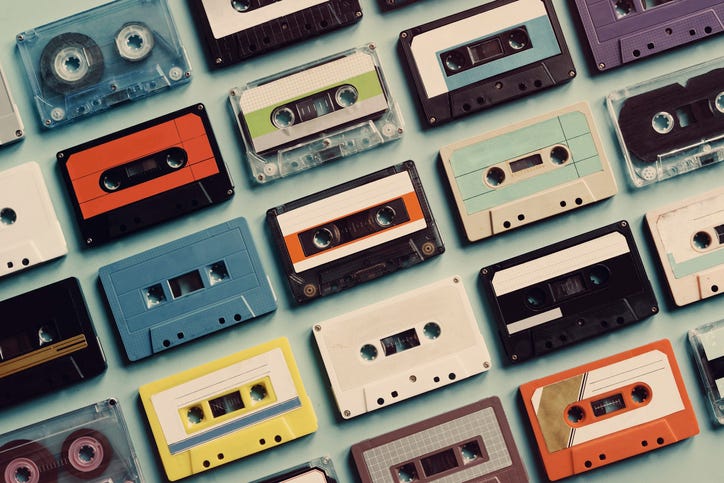 Lou Ottens, who is credited with having created the audio cassette tape, has died. He was 94.

Ottens passed away on Saturday, March 6, according to the Dutch news outlet NRC Handelsblad, reported Rolling Stone. A cause of death has not been revealed.

The Dutch engineer worked at electronics and technology company Philips, where he spearheaded finding a way to shrink large reel-to-reel tapes into something more compact and less expensive in the 1960s.

“The cassette tape was invented out of irritation about the existing tape recorder, it’s that simple,” Ottens once said, according to the Dutch outlet.

Louis Ottens, the Dutch engineer credited with inventing the audio cassette tape, has died at the age of 94. https://t.co/Tvw28v0wM5

Ottens first used a wooden block as a prototype for a cassette as he wanted one that would be small enough to fit in one’s pocket.

Once developed, the first audio cassette was unveiled at electronic fairs in 1963.  After Japanese firms began creating their versions of the cassette in different sizes, Ottens was instrumental in having Philips strike a deal with Sony to solidify his invention would be patented and sold around the world, noted Rolling Stone.

"He advocated for Philips to license this new format to other manufacturers for free, paving the way for cassettes to become a worldwide standard,” filmmaker Zack Taylor, who worked with Ottens on the 2016 documentary "Cassette: A Documentary Mixtape," told NPR.

“Cassettes taught us how to use our voice, even when the message came from someone else's songs, compiled painstakingly on a mixtape," Taylor added. "So next time you make that perfect playlist on Spotify or send a link to share a song, you can thank Lou Ottens."