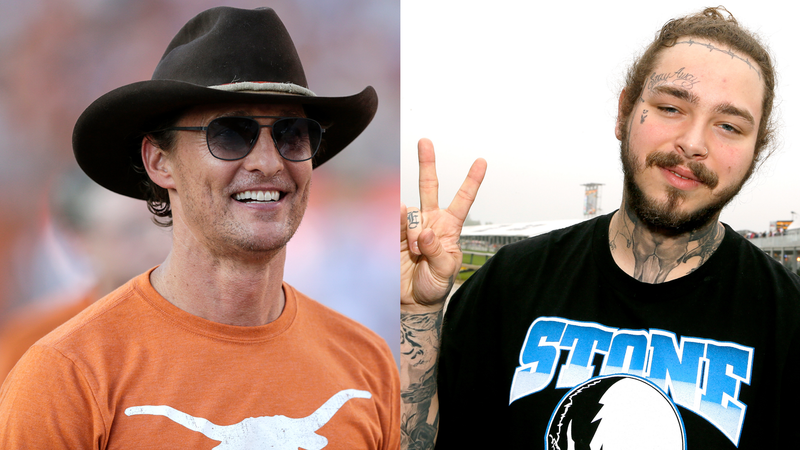 Alright, Alright, Alright, Matthew McConaughey and his wife Camila, have put together quite the fundraising event for his home state. Dubbed We’re Texas, and aimed to aid Texans impacted by the devastating winter Storm Uri, which left thousands without heat, water and electricity.

The McConaugheys are just the latest in a list of celebrities including Beyoncé, Megan Thee Stallion and Travis Scott who have used their means and platforms to help bring awareness and support the aftermath of the massive winter storm that killed more than 70 people and left more than 4.5 million Texans in the dark.

While any aid and help is appreciated, fundraising is particularly important to the states current status, as massive power grid failures resulted in loss of income, reduced economic output, and infrastructure damage, leading to significant financial impacts that could cost anywhere from $195-$295 billion.

Hosted by the couple, the special event will stream Sunday March 21 on McConaughey’s YouTube Channel and will feature a pretty impressive guest list, including Post Malone, Kelly Clarkson and Kacey Musgraves.

The show will kick off at 8PM ET / 7PM CT, with 100% of the proceeds going to the Just Keep Livin' Texas Relief Fund. Check out the lineup below.

We have added more artists performing during #WereTexas this Sunday on @McConaughey’s Youtube Channel! 👏🏽👏🏽We are so excited for all of YOU to join us to support our state and community!! https://t.co/l91BqCydHb pic.twitter.com/2DkAzJ7iFO