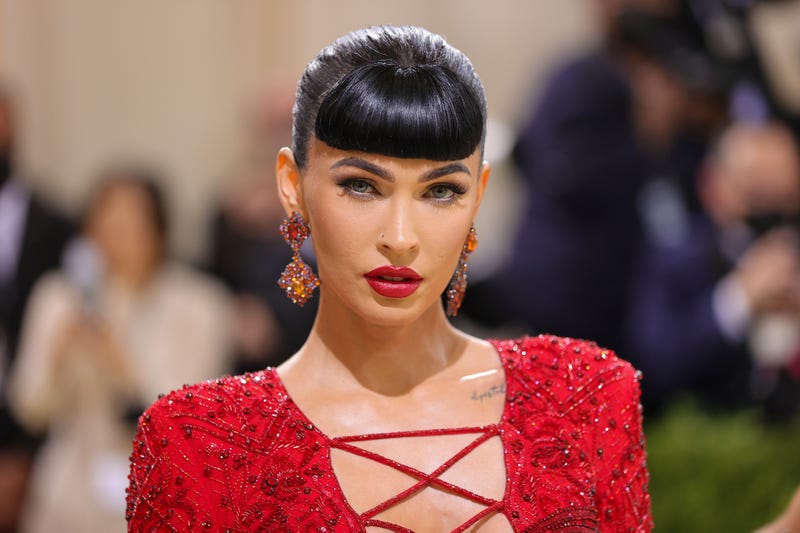 It’s currently Jennifer’s Body season, where bicon, Megan Fox is on everybody’s mind… although Fox is kind of always on our minds!

However, amidst a massive career resurgence, nabbing headlines, and constantly turning heads, the actress has proudly been reflecting on her past through the lens of the LGBTQ community.

Fox, herself is part of the queer community, and as she embarks on her exuberant future, she is looking back at the way in which Jennifer’s Body encouraged women of all ages to come out.

The 35-year-old told the New York Post, “I can’t tell you how many girls, from 30 down into their teens — or, f*** that, my age, too — come up to me and are like, ‘I realized I was gay because of you,’ or ‘I felt comfortable coming out because of you,’ because of Jennifer’s Body and the interviews I did about being bisexual before it was cool.”

During a prominent scene in the Diablo Cody-directed film, Fox’s character, Jennifer Check, is in the bedroom of her high school best friend, Needy, played by Amanda Seyfried.

Seyfriend’s character is frightened by Jennifer and notices she has been acting weird, but Jennifer claims she simply wants to snuggle and swap spit.

In the iconic scene, Jennifer says to a reluctant Needy, “But we always share your bed when we have slumber parties.” The now-legendary scene is credited for awakening feelings in women everywhere. Plus, at the time, Megan knew how powerful the scene would be.

Fox shared, “That’s something that’s so important to me, that I’m so proud of. If my purpose on Earth was to help one girl come out of the closet and feel OK about it, I had an amazing purpose here.”

But now, in a world where Jennifer’s Body has made a lasting cultural impact, Fox is returning to the silver screen with thrilling new rolls under her belt.

Then Fox is set to appear in the Expendables sequel with Sylvester Stallone and Jason Statham. Finally, Fox is slated to play Alana, a crime boss, in the film Johnny and Clyde, a follow-up twist on the original Bonnie and Clyde love story.