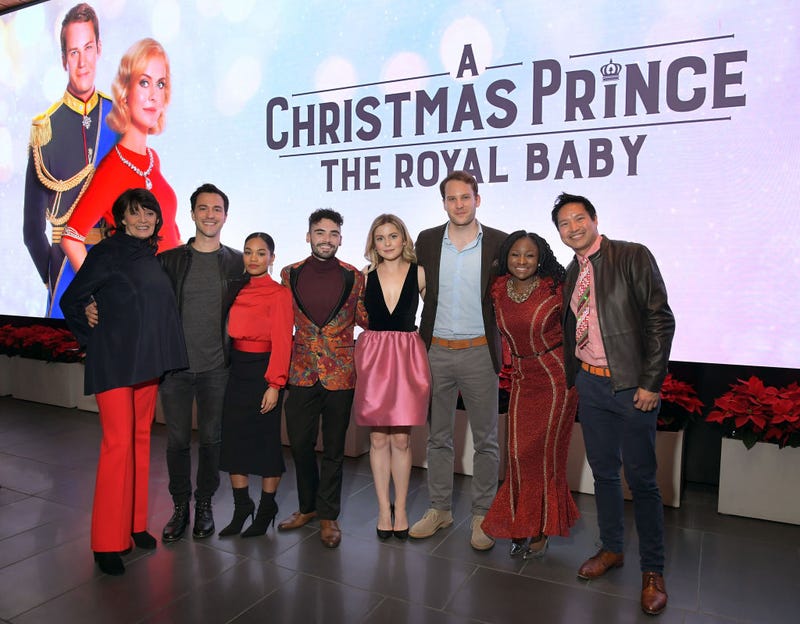 Netflix's “A Christmas Prince” franchise will get you in the right mood for the holidays as we revisit the fantasy royal family.

In "A Christmas Prince: The Royal Baby," the latest in the series, fans are transported to the fictional country of Aldovia to witness the birth of the first child of Queen Amber, played by Rose McIver, and King Richard, played by Ben Lamb.

In the trailer, things get a bit hectic when King Tai and Queen Ming must sign a treaty with Amber and Richard. If it is not done, a curse will befall the new child.

In an interview with CNN, the stars of the franchise explained what it’s like to play a fictional royal family in a series of films that has earned a reputation as being a little ridiculous.

"These movies feel almost like a million holiday films you've seen before and that's comforting," McIver said. "But rest assured, we have a very weird streak that sets us apart, see Amber's supernatural crime solving in the delivery room for reference,” she added.

McIver said that her character’s storyline is a bit weird, but she loves the cast and playing the role.

"My favorite part about playing Amber would have to be getting to see this cast for three years in a row. Such a friendly and hysterically funny bunch of people," McIver said, adding that she hopes people like the third film enough that "they want another one."

McIver’s co-star and on-screen husband agrees that the movies give off a positive vibe.

"I feel like at the moment so much of our daily news cycle is pretty challenging, and so I think it is nice in the festive season to be able to watch a fun, enjoyable and festive story with heart," Lamb said.

"Our cast is like a big family, and I think the fun we have on set really translates on screen which makes it even more fun for people to watch. I am so grateful people are enjoying the films and we are very lucky they are,” Lamb added.

"A Christmas Prince: The Royal Baby" is available to stream on Netflix.