The wait is over, dudes!

Bill and Ted are here to save you from your quarantine blues with a brand new trailer marking the third film in the time-traveling franchise.

The new action-packed trailer for “Bill & Ted Face the Music” was released on Tuesday and takes place in a dystopian future years after the duo was supposed to write a song that saves the world.

Turns out, they still haven’t finished the song and, instead, their band, Wyld Stallyns, has been playing small-time gigs.

“You were supposed to unite the world and save reality as we know it,” the Great Leader (played by Holland Taylor) scolds the men.

With the fate of the world resting on their shoulders, the dudes set out to finish what they started with a plan to time-travel to the future and steal the song from their future selves.

The film was slated to be released on August 21st, but it’s unclear if that’s still happening due to the COVID-19 pandemic, which shut down production on shows and films along with many theaters to prevent the spread of the novel virus. 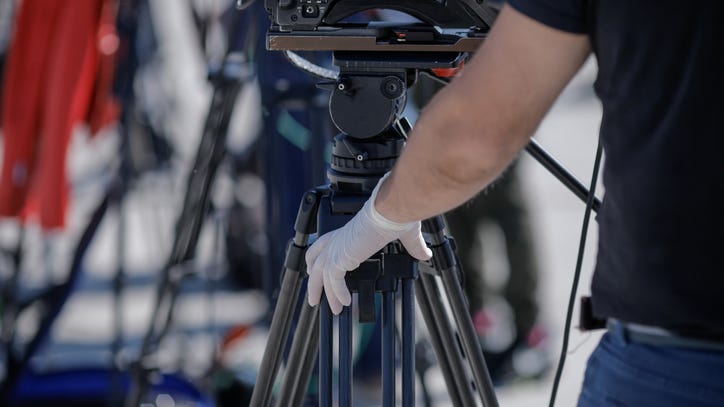 Many highly-anticipated films had to postpone and reschedule their theatrical release while others opted for a video-on-demand release.

Earlier this month, the actors popped in for a "Bill & Ted"-inspired appearance in a graduation video to celebrate the 2020 graduates of San Dimas High School (where their fictional characters went to high school!).

Reeves was wearing a “Be Excellent to Each Other” T-shirt, referring to the infamous quote from the film.

sports
Packers were reportedly scouting QB prospects ahead of NFL Draft
news
Here's how your dog can wind up on Budweiser's upcoming beer cans
music
Camila Cabello's 'Cinderella' heading straight to Amazon Prime
sports
Luka Doncic on leading NBA with 15 techs: ‘I’m complaining way too much’
news
Ivanka Trump receives 2nd COVID shot: ‘Getting fully vaccinated is the best way to end this pandemic’
music
How much would you pay to own Kurt Cobain's hair?