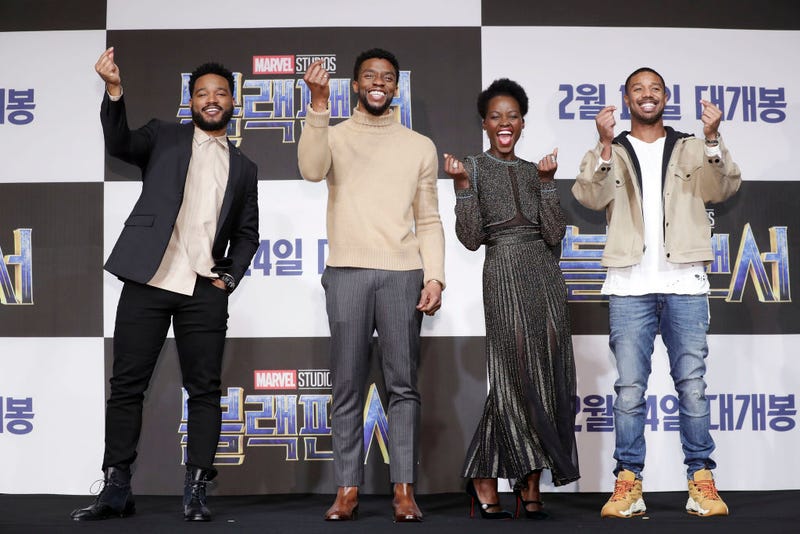 Wakanda forever, but fans will only have to wait a little less than three years for the next “Black Panther” film.

The film’s director Ryan Coogler announced the highly anticipated sequel to the 2018 blockbuster will hit theaters on May 6, 2022, according to Variety.

“We’re not taking our time, we’re really trying to get it right,” Coogler added at the Disney fan expo D23.

It was also revealed that Coogler has delivered a treatment for the story complete with a new villain and title for the film, although no specifics of those details were disclosed.

Before “Black Panther 2” hits theaters Marvel will release six other films in what they’re calling phase 4 in the Marvel Cinematic Universe (MCU).

“Black Panther“ was a critical and box office success raking in over $700 million at the box office in the United States and $1.3 billion globally.

In addition, it earned seven Academy Award nominations, won three and became the first Marvel film to be nominated for Best Picture.

While Chadwick Boseman will be back playing the titular role in the sequel, it’s expected that Danai Gurira, Martin Freeman, and Letitia Wright will also return.

While there has been rumblings that Michael B. Jordan could be back playing villainous Killmonger in the sequel, Marvel Studios chief Kevin Feige has said, “this is pure rumor and speculation.”

news
OMS reclasifica cepa de COVID-19 de la India como ‘preocupante’
news
Starbucks' newest Frappuccino is inspired by a classic fairground treat and topped with real fried dough
music
Joshua Bassett confessed Harry Styles is 'hot' and everyone thinks it's a plot twist
music
Blake Shelton admits this might be the first superstar in 10 years of 'The Voice'
sports
Jonathan Jones: Tebow has '50/50' chance of making Jaguars
sports
Dez Bryant reacts to Jaguars’ Tim Tebow signing: ‘You got to be kidding me’