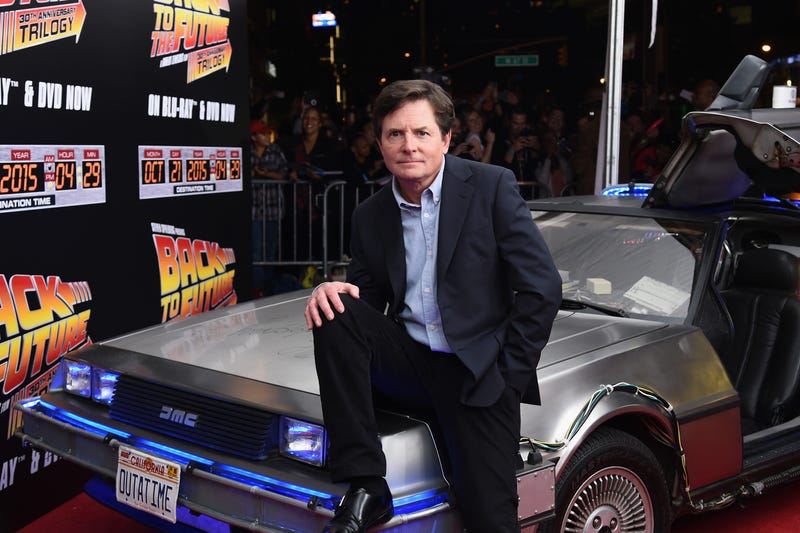 To celebrate “Back to the Future,” we must go first to the past.

The trilogy starring Michael J. Fox and Christopher Lloyd cast such a long shadow on pop culture since the first film was released in 1985, you can’t help but be aware of it. The three films are full of wry references nodding to each other, and awareness of all the small details helps us appreciate the classic films more.

Whether you’ve seen it a million times and wondering what you missed, or have never seen it and want to know what to look out for, these are some details from the “Back to the Future” trilogy that only die-hards noticed.

The last scene of "Back to the Future" and first scene of "Back to the Future II" were supposed to be the same. However, what began as an attempt to emphasize a major theme -- the continuity of time -- became an opportunity to highlight a perhaps bigger theme -- the discontinuity of time -- when the second had to be reshot. Even though the film's producers tried their best to recreate the scene, there's no getting the inconsistencies past superfans. See if you can spot the subtle differences in this side-by-side video of the two scenes.

Before Elijah Wood became Frodo in 2010, he was a hard-to-impress gamer in 2015. Credited as "Video Game Boy" in the second film, the then-8-year-old Wood was nonplussed when Marty tried showing off his skills in a shooting, not knowing that gaming with your hands is a thing of the past in 2015. Unfortunately, even in the brave new era of Twitch and sophisticated VR, we have still got to pick up the sticks when we game.

This one's pretty meta. When the second "Back to the Future" came out in 1989, there were already four "Jaws" films out. The film gags that 15 more "Jaws" films come out in the 26 years between 1989, when BTTF2 was released, and 2015, when it takes place. The joke is a nod to executive producer Steven Spielberg, and the name of the shark sequels' director, Max Spielberg, is the Hollywood legend's actual son who was born in 1984 when the first film was released. Watch the moment when Marty sees the "Jaws 19" marquee in this clip.

In the second film, we catch a glimpse of Marty in the future, with his wife Jennifer Parker and their daughter, Marlene McFly. If you're thinking that Marlene looks a lot like Marty, it's because she's played by Michael J. Fox.

In a moment of rich intertextuality, Marty sees the alternate 1985 version of Biff Tannen watching Clint Eastwood's 1967 film "A Fistful of Dollars," in which Clint survives gunshots with a piece of metal, a bulletproof vest of sorts, under his cloak. Marty adopts the idea when he travels to the 1885 wild west himself in the third film, using a similar one in his showdown with Biff, and calling himself "Clint Eastwood."

When Marty buys Grays Sports Almanac, the antique store he's shopping in is full of callbacks and tie-ins, easter eggs referencing both the movies and its makers. These include: a Guess denim jacket with an “Art in Revolution” button (which Marty wore in the first film), a "Jaws" cassette tape, a JVC camcorder (which Marty to film Doc’s time travel experiment in the first movie), and a "Who Framed Roger Rabbit?" doll (also directed by BTTF director Robert Zemeckis and co-starring Christopher Lloyd). Watch Grays Sports Almanac take a life of its own outside the movie in a juiced-up antique shop in this clip from "Pawn Stars."