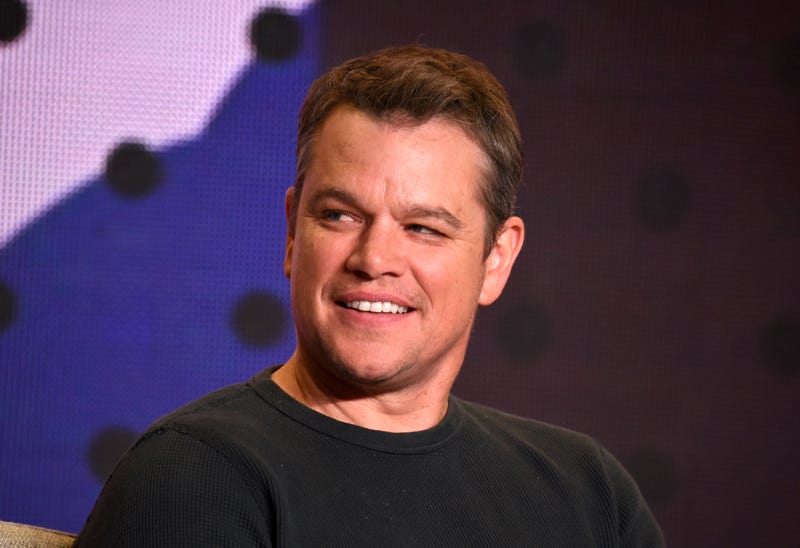 Matt Damon isn’t hurting for a little role here and there.

Since breaking through to superstardom with “Good Will Hunting,” the 1997 love letter to Boston that he wrote and starred in with his friend Ben Afflect, Damon has starred in hit films like “The Talented Mr. Ripley,” “The Departed,” and the “Bourne” series, just to name a few.

But over the years, the Academy Award- and Emmy-winning actor has made countless appearances in films that many people may not even be aware that he’s in. His very first professional acting debut was a cameo of sorts -- a single line of dialogue in the Julia Roberts’ 1988 film "Mystic Pizza."

To celebrate Damon -- whose birthday is Oct. 8 -- these are some of the most unexpected cameos throughout his career.

Superhero movies are more self-aware than ever. Damon made an appearance in this "Ragnarok" meta moment, playing Loki in a stage play, hamming it up to reference the absurdity of Loki's faked death in the series' previous film, "Thor: The Dark World."

This 2004 appearance came at a time when Damon was in the thick of the Bourne and Ocean's films. AKA blockbuster star. So it was a shocker to find him as a rocker in this teen party classic, performing a not-so-subtle song about his fling with the main character's girlfriend.

Jay and Silent Bob Strike Back

Matt Damon and Ben Affleck starred in Kevin Smith's comic meditation "Dogma," so it's no surprise they popped up in Smith's "Jay and Silent Bob Strike Back" in 2001. What was the concept? A cash-grab reboot of "Good Will Hunting" called "Hunting Season," full of cheesy nods to the original film, and an inane shootout scene.

Confessions of a Dangerous Mind

Matt Damon's appearance in the George Clooney-directed "Confessions" was about as wallflower as cameos get. Keep your eyes peeled for Damon's split-second popup on a panel of dating contestants.

"Entourage" was a show so chockfull of cameos -- major stars cropping up was part of the fabric of this show about stars gallivanting around Hollywood with their boys. Watch Damon solicit (and get scary towards!) Vince and Johnny for donations to his new children's charity. Who better to pull some extra muscle than this season 6 finale's other huge cameo, Bono.

Watch Matt Damon hillbilly'd out with a big ol' gut and talking toilet paper in this scene from comic book hit "Deadpool 2."

Damon's involvement in this Gus Van Sant-directed drama wasn't advertised, which made his appearance in this crucial moment at the end of "Finding Forrester" that much more surprising and essential.