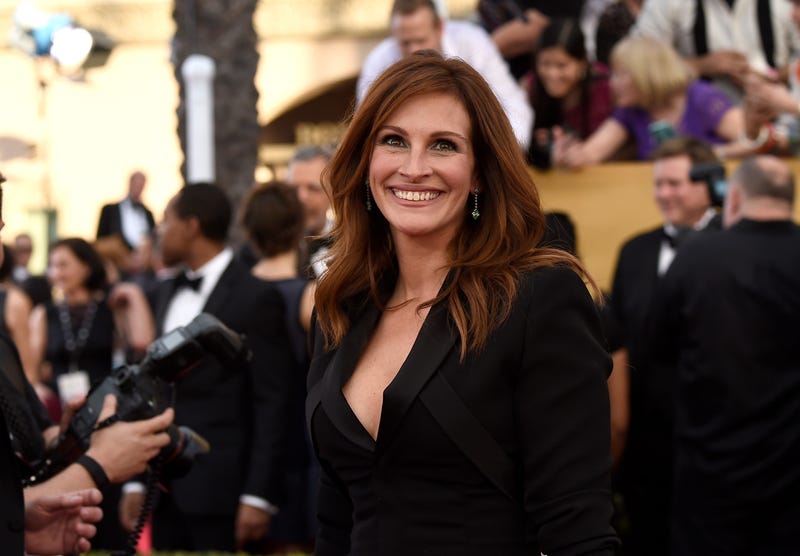 Roberts has churned out iconic role after iconic role, reinventing herself throughout her three-decade career. In her movies Roberts draws audiences in with her girl-next-door aura and the ability to reach the emotionally complex depths of the remarkable women she portrays.

Roberts’ films have collectively grossed over $2.8 billion, making her one of the most bankable actresses in Hollywood.

To celebrate Roberts -- whose birthday is Oct. 28, 1967 -- these are some of her best and most successful movies over the years.

This romcom features Roberts as a superstar actress who happens upon the shop of a London bookseller played by Hugh Grant. "Notting Hill" became the highest-grossing British film released in 1999.

Roberts stars in this 1999 film as Maggie Carpenter, a small-town girl who earns a big reputation for her tendency to "dump grooms at the altar." A newspaper columnist played by Richard Gere is put on the beat to write an in-depth story on Maggie and her fourth attempt to get married, but ends up with an angle that he was not expecting.

"Stepmom" is a sensitive comedy-drama that traces a family's journey after a divorce, how they and the stepmother (played by Roberts) settle into new dynamics, and how the entire family comes together when beset by a diagnosis that renders the future of the mom (played by Susan Sarandon) uncertain.

Based on a true story, this 2007 historical comedy-drama is about a partying playboy U.S. congressman played by Tom Hanks, and how, with the help of socialite Joanne Herring (played by Roberts), he rises to the occasion to fund Afghan freedom fighters to win a Soviet-Afghan conflict that would contribute to the end of the Cold War.

Confessions of a Dangerous Mind

This 2003 spy comedy portrays the fictional life of game show host Chuck Barris (Sam Rockwell). Roberts plays the female operative who Barris must collaborate with on a mission.

This 1989 tearjerker boasts a staggering list of female stars, including Julia Roberts, Sally Fields and Dolly Parton. It examines the bond between a group of women in the small-town South and how they collectively deal with the loss of one of their own.

Adapted from the John Grisham novel of the same name, "The Pelican Brief" features Roberts as a law student who is targeted after laying out her theory about the killing of two Supreme Court justices in a legal brief. Costarring Denzel Washington, this 1993 thriller captures two stars in tight, limber form at a breakthrough period in both their careers.

A remake of the 1960s Rat Pack heist film, "Ocean's Eleven" makes robbing three casinos look like a lively, high-stake game of cards. Julia Roberts costars in a packed roster including George Clooney, Brad Pitt, Andy Garcia and Bernie Mac, in this 2001 romp of a portrayal of the biggest Vegas job you can think of.

It doesn't get much sweeter than Julia Roberts in "Steel Magnolia." The 1988 film is a breakthrough for Roberts, who stars as one of three small-town sisters who work in a pizza shop, and the one who has aspirations to get out one day. The film also marks Matt Damons' first silver-screen appearance -- a single line of dialogue.

Who more perfect to play the hard-edged but always-charming Erin Brockovich but Julia Roberts? The 2000 film is based on the true story of a resilient single mother who stumbled upon a water pollution coverup and led the fight against a major corporation.

Roberts' effervescence and dynamic charisma is established early in her career with "Pretty Woman," the story of a down-on-her-luck sex worker with a heart of gold who falls in love with the wealthy businessman who hires her to escort him to a series of ritzy business and social functions. The 1990 comedy feels like the toned-down female equivalent of costar Richard Gere's 1980 neo-noir classic, "American Gigolo."