Jenna and Matty may be one of the most iconic relationships in rom-com history, but they almost didn’t happen.

While promoting her new Netflix film “Yes Day,” Jennifer Garner revealed that her “13 Going on 30” co-star and on-screen love interest, Mark Ruffalo, nearly quit the film for a hilarious reason.

The actress said after struggling to learn the dance moves for a dancing scene, Ruffalo considered departing the 2004 film.

The scene in question finds a 13-year-old Jenna, stuck in a 30-year-old body, attempting to liven up a magazine launch party by doing the zombie dance from Michael Jackson’s “Thriller.”

“We started to learn the dance. Our first rehearsal, I think it was like Mark, Judy [Greer] and me, and Judy and I were both dancers growing up, and poor Mark didn’t know that. He came in and hated the rehearsal process so much, he almost dropped out of the movie,” the 48-year-old told theSkimm.

In late February, the duo caused quite a stir when they reunited nearly twenty years after the release of the beloved film. 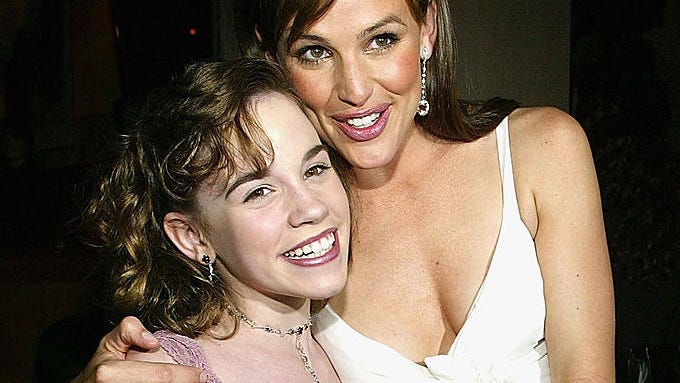 "Wishing dust worked! And I got a perfect day with my old pal,” she captioned the photo.

Ruffalo shared the same photo with a note referencing the pairs favorite candy in the film: “Reconnecting with an old pal. Anyone know where we can get Razzles in Canada?”

The mini-reunion in Vancouver took place on the set of their new film “The Adam Project.”

In the movie, Garner and Ruffalo play the parents of Ryan Reynolds, who portrays a man who travels back in time to being 13 so he can help his father.

13 is definitely a lucky number for these two!

Garner previously told “Good Morning America” that it was very easy to film together again.

“We were playing a married couple and we just had this instant comfort, and obviously there’s just such a connection and a warmth,” she said, adding, “It was actually a really beautiful experience to revisit that relationship.”