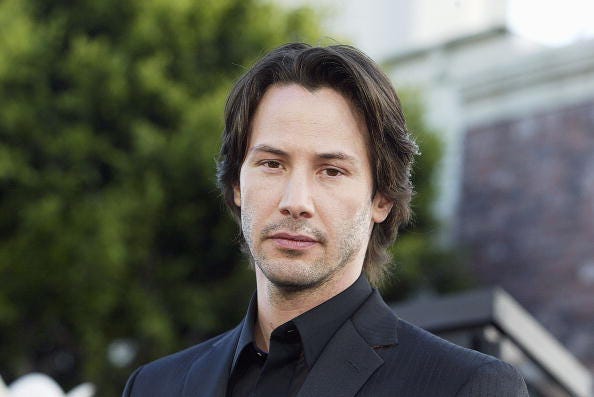 Get ready to take the red pill!

Warner Bros has announced they are making a third sequel to the 1999 blockbuster “The Matrix,” according to Variety.

Keanu Reeves will return to play iconic hero Neo, alongside Carrie Ann Moss as Trinity. Get those leather trenches out of storage, stat!

Lana Wachowski, who wrote and directed all three previous films with sister Lilly Wachowski, is writing and directing the upcoming chapter with Aleksandar Hemon and David Mitchell.

While no plot details were revealed, it is also unclear if Laurence Fishburne will return to play Morpheus. There are reports that the studio is looking to cast a younger actor for the role, with many speculating this could be an indication of where the fourth film will fall within the “Matrix “timeline.

Wachowski shared her excitement of getting to revisit the beloved characters she helped create.

“Many of the ideas Lilly and I explored 20 years ago about our reality are even more relevant now,” the 54-year-old said. “I’m very happy to have these characters back in my life and grateful for another chance to work with my brilliant friends.”

Moss also shared news of the sequel on Instagram and commented, “GRATEFUL AND BEYOND EXCITED.”

The fourth installment comes as the original recently celebrated its 20th anniversary. Released on March 31, 199, “The Matrix” went on to earn over $463 million at the box office.

Four years later, its two sequels – “The Matrix Reloaded” and “The Matrix Revolutions” – were released within six months of each other. Combined, all three films earned more than $1.6 billion worldwide.

While “Matrix 4” is set to into production early next year, Reeves is also busy reviving another franchise. The 54-year-old is currently shooting “Bill & Ted 3: Face the Music.”

Looks like the Keanussance is showing no signs of slowing down.