Marvel is beginning to figure out plans for the "Black Panther" sequel.

Plans for a second installment have been on hold since the film's star, Chadwick Boseman, passed away in August after privately battling colon cancer for four years.

Now, The Hollywood Reporter has revealed that filming is reportedly set to begin on the project in July 2021.

The publication notes filming will take place in Atlanta and last upwards of six months.

Ryan Coogler will return to direct.

Letitia Wright, Lupita Nyong’o, Winston Duke and Angela Bassett will all reprise their roles for the film. Tenoch Huerta of "Narcos: Mexico" has also signed on to play a villain role in the currently untitled film. 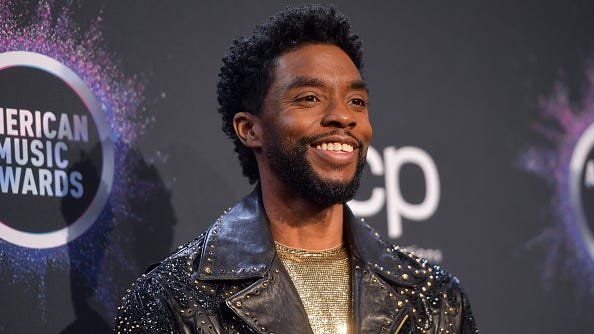 Marvel, did not comment on the story, nor has it revealed plans on how to proceed without Boseman, who played King T'Challa. The studio has shot down rumors that it will use CGI to replace the actor.

According to the Hollywood Reporter, up until a week before his death, a source close to Boseman said was confident he'd be well enough to start gaining weight back in September and preparing for "Black Panther 2," which had been scheduled to start filming in March 2021.

In addition to "Black Panther," Marvel has a big upcoming year with its foray into television with "She-Hulk," "Moon Knight," and "WandaVision."