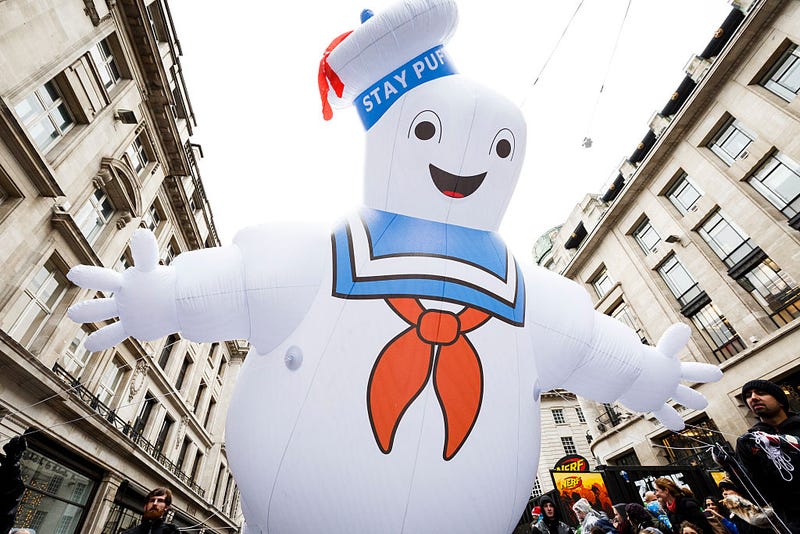 I ain’t afraid of no ghost.

Even if that is the case, you’ll enjoying laughing at them again as the 1984 comedy “Ghostbusters” is returning to theaters in honor of its 35th anniversary, according to Entertainment Weekly.

Want to know how to deal with ectoplasmic entities? Ghostbusters is returning to select cinemas nationwide for a special 35th anniversary event! Screening October 6 & 10 with a special introduction from the original cast! Get your tickets here: https://t.co/dH9ryjhBNG pic.twitter.com/NTtMMVZA41

For two nights only fans will be able to watch Bill Murray, Dan Aykroyd, Ernie Hudson and Harold Ramis fight off the supernatural forces as the blockbuster hits 600 screens across the country.

In addition, the Sunday, Oct. 6 and Thursday, Oct. 10 screenings will include an introduction from cast members and newly uncovered and rarely seen alternate takes from some of the movie’s most iconic scenes.

“Ghostbusters” is a comedy legend and a movie legend, a movie whose immediate success has been followed by decades of fervent fan appreciation,” event organizers said in press release. “There’s never been a comedy quite like it, and maybe never will be again, and Fathom Events is delighted to bring 'Ghostbusters' back to the big screen for longtime fans to enjoy again and new audiences to discover for the first time.”

Join the squad and enter for your chance to win the ultimate Ghostbusters experience! You’ll get lunch with Dan Aykroyd, take pictures with the Ecto-1 and more. Click the bio link or go to omaze.com/ghostbusters. All donations support @forthewinproject

Released on June 8, 1984, “Ghostbusters” was the #1 film in the United States for seven weeks and wound up earning $146.5 million at the box office. It was the second highest-grossing film of the year behind “Indiana Jones and the Temple of Doom.” The movie’s title song by Ray Parker Jr. went to #1 and dominated the airwaves throughout the summer.

The film spawned a 1989 sequel, “Ghostbusters II,” and an animated series, “The Real Ghostbusters.”

Regram from @JasonReitman // The Family’s All Here #GB20

A direct sequel to the 1984 original is set to be released next year starring Paul Rudd, Carrie Coon and “Stranger Things” star Finn Wolfhard.

It’s also expected that original stars like Aykroyd, Murray and Hudson, along with Sigourney Weaver, will make cameos. But still no word if the Stay Puft Marshmallow will appear.

Tickets for the upcoming 35th anniversary “Ghostbusters” screenings are available for purchase here.