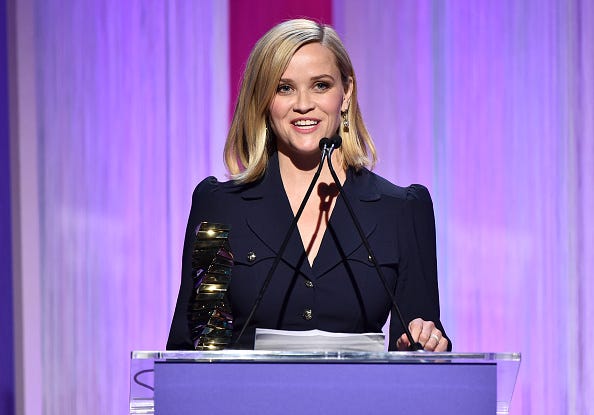 In the words of Elle Woods, “I object!”

While the “Legally Blonde” character may be iconic, the studio didn’t always think Reese Witherspoon was the right fit.

In The Hollywood Reporter’s “2019 Women in Entertainment” cover story, the Oscar winner admits she experienced the sexist industry firsthand while auditioning as an up-and-coming actress.

Witherspoon recalled that the audition, which landed her the career-changing role, was not a good experience.

“They thought I was a shrew,” the actress exclaimed adding that the casting directors couldn’t separate her from a character in her recent film, “Election.”

After her initial audition, she said the studio requested she “dress sexier.”

“My manager finally called and said, ‘You’ve got to go meet with the studio head because he will not approve you. He thinks you really are your character from 'Election' and that you’re repellent,’ ” she said adding, “And then I was told to dress ‘sexy.’”

Witherspoon, who was 23 at the time and a new mom to daughter, Ava, recognized how times have changed in the past two decades particularly with the help of the “Me Too” movement.

“It’s funny to think of all the things we were told to do back then because now you’re thinking, ‘Oh, God, if somebody told my daughter to do that, she’d be like, ‘I really hope you’re joking.’”

Witherspoon even had to prove that she could play the part of a bubbly, sorority girl to a “room full of men,” who she said were “were asking me questions about being a coed and being in a sorority, even though I had dropped out of college four years earlier and I have never been inside a sorority house.”

It’s hard to imagine anyone else starring in the 2001 comedy about a vain, blond girl who enrolls in Harvard to win back her Ivy League ex-boyfriend and learns how capable she is in the process.

Witherspoon went on to reprise the role in the 2003 sequel while also juggling executive producer duties.

The highly-anticipated “Legally Blonde 3” is reportedly hitting theaters in 2020.